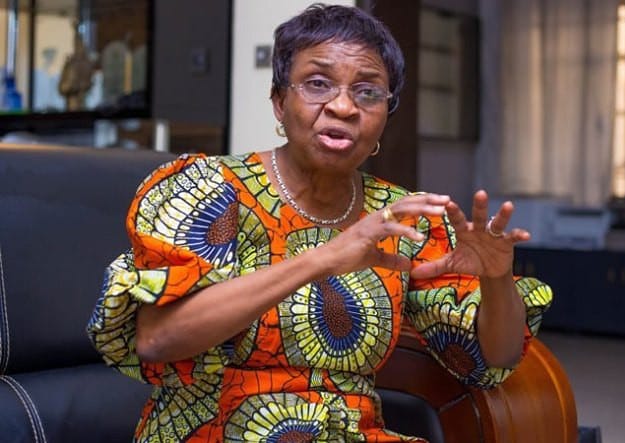 The National Agency for Food and Drug Administration and Control has warned Nigerians to be wary of the type COVID-19 AstraZeneca Vaccine being administered on them.

Addressing the nation in a statement made available to newsmen earlier, NAFDAC Director-General, Prof. Mojisola Adeyeye, said it became necessary for citizens to ensure that they are not being vaccinated with the fake version of the AstraZeneca vaccine.

According to her, the original Oxford Astrazeneca University vaccine had been contracted to India’s world largest vaccine manufacturer, Serum Institute of India (SIIPL), to produce in large quantity.

“AZOU gave the licence of its vaccine to Serum Institute of India PVT Limited to manufacture this vaccine at a commercial scale. SIIPL is the largest vaccine manufacturer in the world and the company got the licence by signing the manufacturing agreement,” Mrs Adeyeye noted.

Her statement reads further: “The SIIPL gave the vaccine the trade name COVISHIELD; it is the result of cooperation and a technology transfer from AstraZeneca – University of Oxford to SIIPL.

“The SIIPL is now the world’s largest vaccine manufacturer by the number of doses produced and sold globally; more than 1.5 billion doses, which include Polio vaccine, Diphtheria, Tetanus, Pertussis, Hib, BCG, r-Hepatitis B, Measles, Mumps and Rubella.”

“ChAdOx1 nCoV-19 coronavirus vaccines (Recombinant), COVISHIELD, was granted Emergency Use Listing (EUL) by the World Health Organisation on February 15, and that it was one of the listed vaccines under the COVAX Facility,” Adeyeye added.

Meanwhile, the Sultan of Sokoto, His Eminence Mohammad Sa’ad Abubakar, has said he will not force any Muslim in the country to take the Oxford-AstraZeneca COVID-19 vaccine.

Abubakar made this known during a meeting with members of the Presidential Taskforce (PTF) on COVID-19 in Abuja on Friday, Naija News reports.