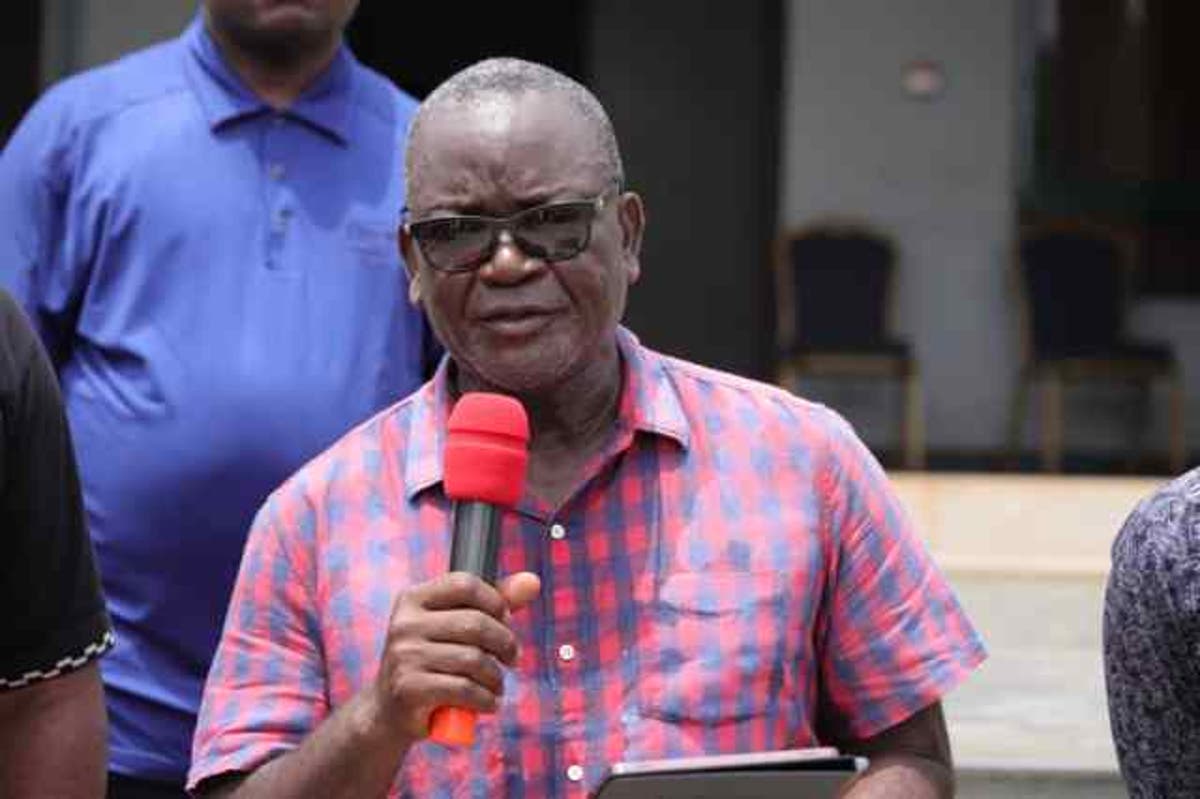 A Fulani group has claimed responsibility for the recent attack on Benue State Governor, Samuel Ortom which took place on Saturday, March 20.

The group, identified as Fulani Nationality Movement (FUNAM) claimed in a press statement that its intention was to kill Governor Ortom on Saturday but a slight communication error in its plan saved the Governor’s life.

On why it wants Ortom dead, FUNAM in a statement signed by Umar Amir Shehu said Ortom stands against Fulani interests in Nigeria and opposes open ranching of animals.

The group however further threatened that its fighters are still all out to get Ortom and they would ultimately kill the Benue State Governor.

This development comes after the Miyetti Allah Kautal Hore denied being behind the attack on Governor Ortom’s convoy along Tyomu community in Makurdi Local Government Area of Benue State.

Ortom on Saturday, also confirmed that he almost lost his life during an attack by some gunmen he described as herdsmen.

The Governor who spoke with newsmen after the incident, narrated that the gunmen, numbering about 15, trailed him and his team to a riverbank when he was on foot before launching the attack.

Amidst several reactions and condemnation of the assassination attempt, FUNAM has now claimed responsibility for the attack, further warning all those in the southern states who are against Fulani interests that its fighters are coming for them too.

The group also threatened that in the next few months, it would carry out attacks on strategic human and material assets of States and Non-State groups or individuals known for their anti-Fulani campaigns across Nigeria.

The full FUNAM statement dated 20th March, as monitored by Naija News in a report by PM News Nigeria reads below.

“Our attention has been drawn to media reports today speculating about who attacked the Governor of Benue State, Samuel Ortom.”

“Yes. Yes, We did. The Fulani Nationality Movement, ( FUNAM) carried out the attack. We have genuine reasons. We acted on behalf of Millions of Fulani people in 15 countries.”

“It’s a case of vengeance against an infidel who has used his time and money, deployed in destroying the Fulani values and inheritance.”

“Our courageous fighters carried out this historic attack to send a great message to Ortum and his collaborators: Where ever you are, once you are against Fulani long term interest, we shall get you down. This is a clear warning. We hope those who take us for granted will get the indisputable message.”

“Our intention is unequivocal: TO KILL HIM. That mission will one day be fulfilled and very soon too.”

“Eleven of FUNAM operatives were involved in the attack. Ortum escaped today because of a slight technical communication error. Nest time, he will not be lucky. We can assure him and his supporters.”

“Ortom has been leading the campaign against Fulani interests in the North. We have our operatives in all Southern States. Each will face our sword soon.”

“We warn collaborators working against Fulani people across Nigeria: WE SHALL GET YOU irrespective of your hidden place.”

“In the next few months, FUNAM will carry out attacks on strategic human and material assets of States and Non State groups or individuals known for their anti-Fulani campaigns.”

“We shall hunt you down in your houses, in your workplaces, in your car, in your streets. It’s a matter of time.”

Meanwhile, the Inspector-General of Police, Mohammed Adamu, on Sunday called for an investigation into the assassination attempt on the Governor of Benue State, Samuel Ortom, on Saturday.

Adamu condemned the attack on the Peoples Democratic Party Governor and ordered the Commissioner of Police in the state to take adequate measures towards strengthening and improving security in the state, particularly around the governor.