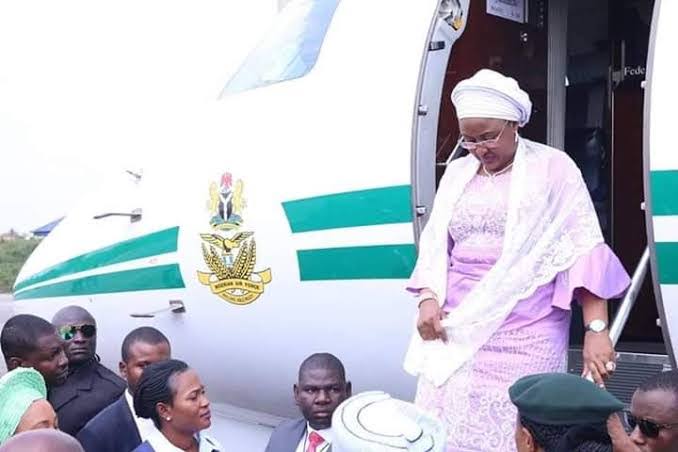 According to Punch, an anonymous source in the presidency confirmed the first lady’s return to the country on Wednesday evening, March 17, 2021.

Although her return has not been officially confirmed, a Presidency official who did not want his name mentioned said, “Yes, madam is back.”

Mrs Buhari was said to have left the country shortly after one of her daughters, Hannan got married in September 2020.

An online newspaper, SaharaReporters, had reported that she relocated to Dubai, United Arab Emirates, due to insecurity in the Aso Rock Villa, Abuja.

KanyiDaily recalls that Aisha Buhari also flew to Dubai for urgent medical treatment after complaining of neck pain for about two weeks before that time.