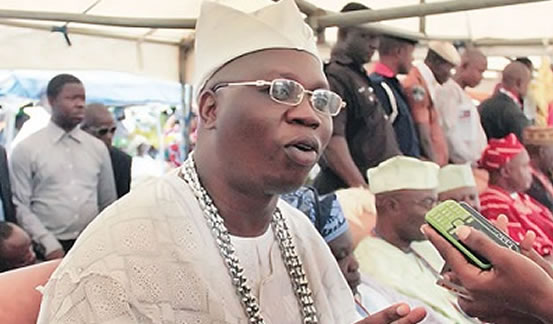 The Aare Ona Kakanfo of Yorubaland, Iba Gani Adams, has stated that when it concerns insecurity in the South-West the Fulanis are not the problem.

Speaking at a pan Yoruba congress held in Ibadan, the Oyo state capital, on Wednesday, Adams expressed displeasure over the arraignment of OPC members who arrested Iskilu Wakili, a Fulani leader in Ibarapa.

The leader of the OPC warned that the issue of insecurity should not be left to a few individuals.

Gani Adams said: “If we don’t address the issue of insecurity in Yorubaland quickly, it is possible that things would get worse. We have some Yoruba leaders who used COVID-19 as an excuse to be absent from this meeting. The last meeting of this kind was held in Ibadan in March 2017.

“Since I became the Aare Ona Kakanfo, I have shouldered more pressure but people still ask me what am I doing about insecurity in Yorubaland. We have to come together to support our governors on insecurity. Some influential people in Yorubaland have forgotten their roots.

“For those who asked me what I am doing about insecurity in the south-west, I used only one of the powers I possess within two weeks and the whole place was shaken to the ground. Our boys went into the forest and arrested the deputy to Iskilu Wakili and three others and handed him over to the police.

“We then traced Wakili’s movement for a month and succeeded in arresting him with three others in Ibarapa. Those who arrested him were detained but later given bail. When they appeared in court on Monday, they were charged for murder, arson and belonging to unlawful association.

“This is where Yoruba should think. There is an attempt to cripple the security system in the south-west. Fulanis are not our problem, but our own people. I have information that Yorubas are the traitors among us. Whatever we do, we will not embarrass our governors.”