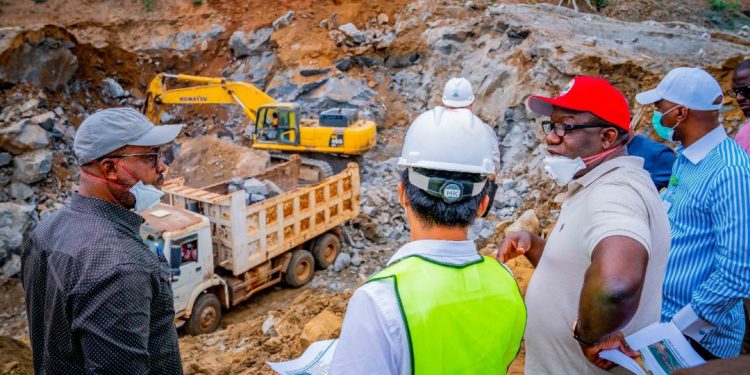 Ekiti State Governor Kayode Fayemi has handed over the site of the Ekiti Agro-Allied Cargo Airport to the main contractor to start the construction of its 3.2 kilometres runway.

Dr. Fayemi, handing over the site to the contractor, CCECC Nigeria Ltd, yesterday in Ado-Ekiti, described the project as a promise made and kept for the development of the state.

Represented by Deputy Governor Bisi Egbeyemi, Fayemi said the construction of the airport’s runway pavement would be completed within 15 months, in line with the timeline agreed with the contractors.

He said payment of compensation to farmers and owners of economic trees on the land acquired for the airport project would continue until affected land owners received their compensation.

Describing the project as a milestone for his administration and the people, Fayemi noted that the importance of agro-allied cargo airport to serve as fastest movement of agricultural products to international market cannot be overemphasised.

He said Ekiti, an agrarian state, is blessed with hardworking farmers and investors who are ready to produce in commercial quantities, once there is an assurance that their goods will reach local and international markets.

The governor said: “No doubt, Ekiti is a landlocked state that borders with other landlocked states such as Kwara, Osun, Edo, except Ondo that has a sea. The situation has made it difficult for our people and neighbouring states to transport goods, most especially agricultural products, to local and international markets.

“The establishment of this agro-allied cargo airport will not on small measure improve the socio-economic development of our state, when completed.”

READ  Egypt readies army to intervene in Libya ‘if necessary’

The Technical Adviser on the airport project, Air Vice Marshal Adeniyi Ojuawo (rtd), said the airport is a legacy project of the Fayemi administration and one that will change the face of Ekiti economy.