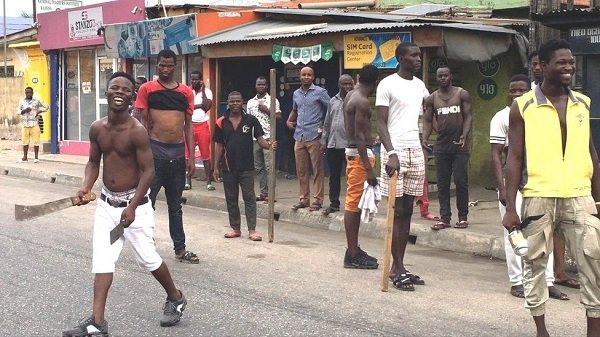 Arms-wielding hoodlums, suspected to be political thugs, yesterday invaded the secretariat of Ado Local Government of Ekiti State, beating up the workers.

The incident occurred around 10am shortly after some councillors arrived at the secretariat to begin impeachment process against the council Chairperson, Mrs. Omotunde Fajuyi, over alleged issues bordering on gross misconduct, high-handedness and incompetence.

The Nation gathered that the hoodlums humiliated the workers and the councillors in the presence of security operatives.

It was learnt that the executive arm led by Mrs. Fajuyi and the councilors, who constituted the legislative arm, had been at loggerheads for a long time over alleged conflict of political interest.A witness, who spoke on condition of anonymity, said: “The invasion led to a fight, as some of the workers and councillors, who were said to have sustained injuries, repelled the attack.”

When our reporter visited the council secretariat at Odo Ado, it was deserted.

Mrs. Fajuyi denied the allegation that she sponsored the crisis.

The Nigerian Union of Local Government Employees (NULGE), Ekiti State chapter, has directed its members to stay away from the council until further notice.