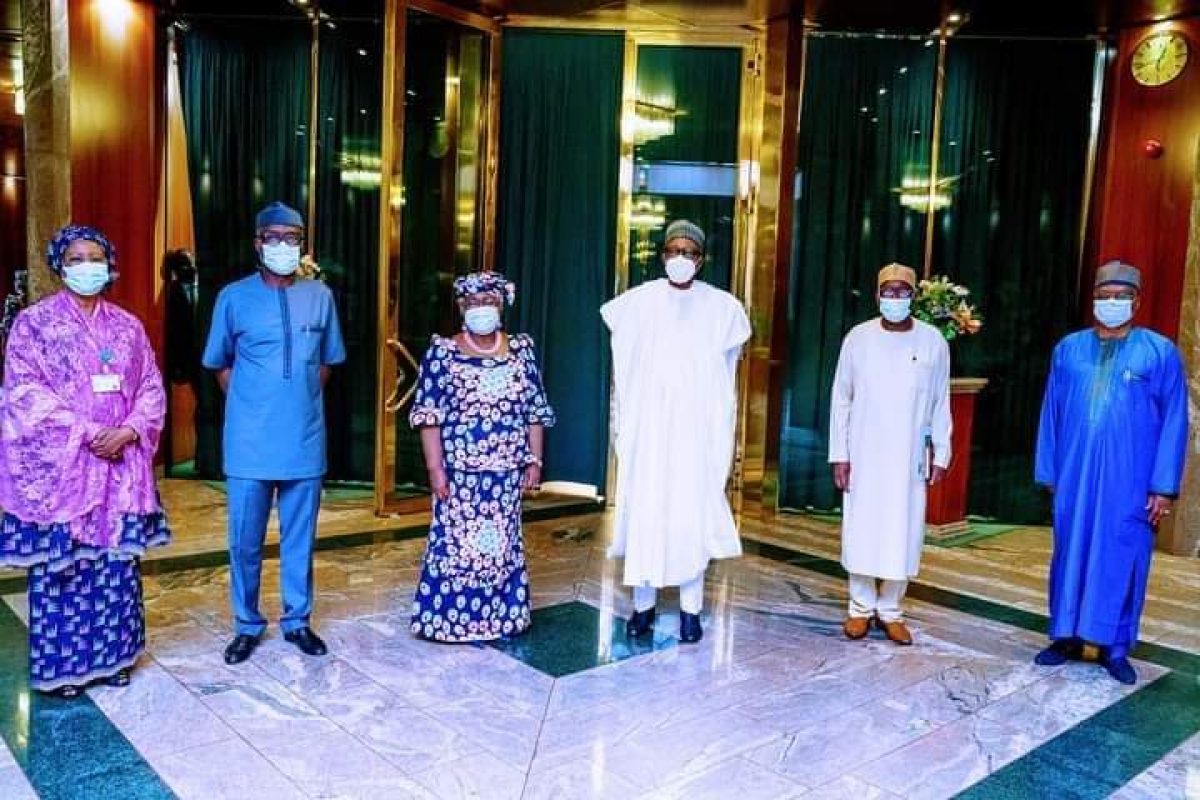 It will be recalled the former Finance Minister is currently in Nigeria on a working visit.

Okonjo-Iweala was on a courtesy visit to the President, thanking him for the roles he played and his support in ensuring her emergence as the WTO boss.

According to a statement made available to newsmen by the President’s Special Adviser on Media and Publicity, Femi Adesina after the meeting between the two leaders, Buhari congratulated Okonjo-Iweala and told her she deserves the post.

“You also earned it. We are happy you made it, but you earned it with your record of performance both at home and abroad,” the President was quoted to have said.

He added that “I congratulate you, as well as the country. I know you will represent us so well.”

While expressing confidence that Okonjo-Iweala will continue to be a shining example of Nigeria to the world, President Buhari added that his government would encourage the youths, “so that they can be ready for the challenges of the future.”

The new WTO DG in her remarks, appreciated President Buhari for the confidence reposed in her and the huge support in ensuring her victory.

She also appreciated Nigerians for their support particularly on social media.

“Without your personal and direct intervention, it may not have worked. The people of Nigeria also supported me massively.

“The youths were wonderful, always encouraging, backing me up on social media.

“Mr President, the world recognizes what you have done. Since its establishment, only men have led the WTO.

“Now, a woman has emerged for the first time, and she’s a Nigerian. We are so honoured,” Dr Okonjo-Iweala said.