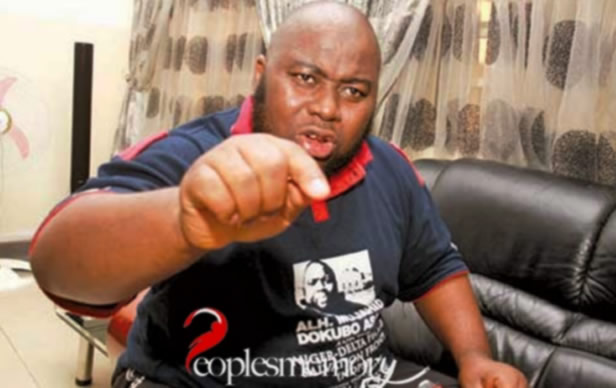 Former militant leader, Asari Dokubo on Sunday, declared a new Biafra government and named himself the leader of the government.

Dokubo who noted in the statement he released through Uche Mefor to journalists in Warri on the declaration of a “Biafra de facto customary government” said the time has come for them to take their destinies in their hands, adding that the Igbo people have long suffered injustice and marginalization in Nigeria.

He promised to address all issues concerning the welfare of the Igbo people and focus on science and technology to make life easier for the people.

The ex-militant added that he and the group won’t go into physical war with Nigeria as it happened during the 1967 civil war.

“You are all aware of the recent plot where they decided to stop food from the north. They failed woefully, they will continue to fail.”

Dokubo also boasted that nobody can stop the move for Biafra as they would produce and feed themselves.

“Nobody can stop us. Nobody can blockade us as they did in the first war. We’re not going to fight any war with anybody, we’re walking to freedom.

He further called on other people who believe in Biafra to volunteer and take up roles.

The statement read in part, “We as people have resolved that as Biafra, it’s time for us to take our destiny in our hands and bring freedom to ourselves and our children and the generation of Biafrans yet unborn.

“I hesitate a little but I thank God that it’s time for us to do our duty and our service to motherland, I have accepted this role. I have dedicated my life a hundred per cent to play this role.

“My first act today in taking this position is to name those who would be on the driver’s seat to navigate through this period of tempest, this period of uncertainty with me.

“I want to call on our brother, George Onyibe to come on board to join as the secretary of the de facto customary government of the State of Biafra. He will take care of the administrative, day to day administration of the Biafra State.

“I also call on our brother Emeka Emeka Esiri to take care of the legal needs of this nascent government.

READ  FULL TEXT: What Buhari Must Do To End Herdsmen Crisis – Bola Tinubu

“My brothers and sisters, the four of us will kick start the process, others will come on board. We want volunteers who are committed, we want volunteers because there is nothing anymore. We are the people who have volunteered to salvage ourselves and the rest of us.

“We are going to proceed to set up provincial structures of government starting with provincial assemblies and provincial governance and administrators.