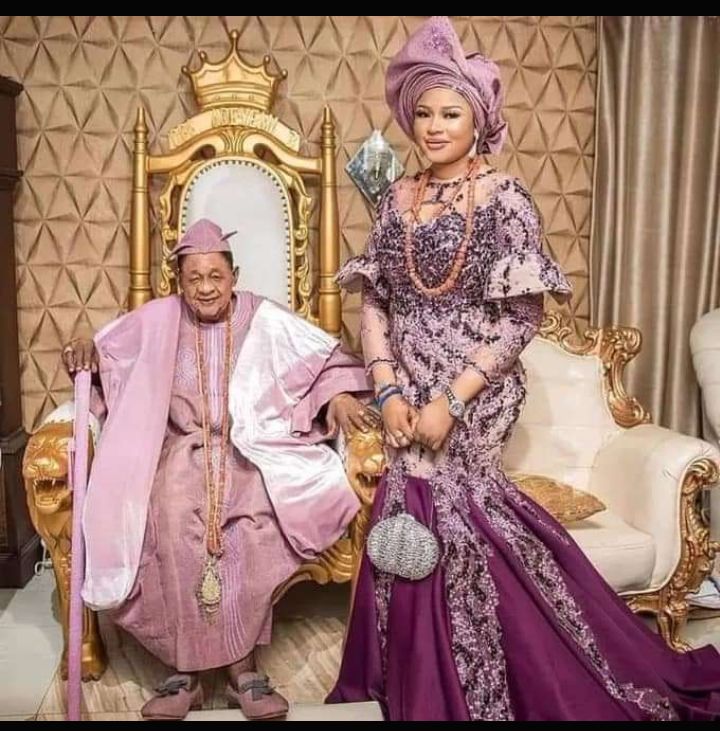 The Alaafin of Oyo, Oba Lamidi Adeyemi has added to his collection of wives.

Chioma Adeyemi married the traditional ruler as his 13th wife, despite a rumoured marital crisis rocking his palace in the last few months.

Oba Adeyemi’s first public appearance with the new wife was at the installation of Real Estate Giant, Chief Tomori Williams as the Aare Onikoyi of Yorubaland during the last weekend, City People reports.

Sources revealed that the new Queen was joined with the 83-year-old monarch last year but is yet to embark on a 9-month course.

Chioma will be the first-ever young eastern Queen to marry the Yoruba monarch.

See more photos of the Alaafin of Oyo with his new wife and others below: