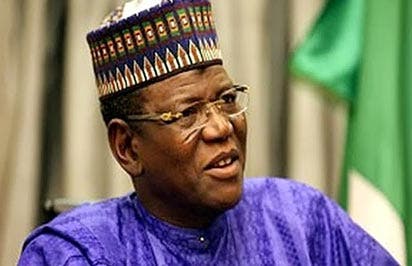 Former Jigawa State Governor, Sule Lamido has lamented that Nigeria has become more divided under the leadership of the ruling All Progressives Congress (APC).

Lamido while speaking on Monday in Rivers State during the commissioning of Rumuji, Ibaa, Obelle Isokpo road in Emouha Local Government Area, said the confusion in APC has reflected in the way national issues are been handled by the party.

He said Nigerians have become more divided along ethnic, religious, and other lines since the APC took over power about five years ago.

The former Governor also lashed out at the APC itself, describing the party as a disintegrated and visionless party.

“In the last five years of APC in government, Nigeria has become more divided.

“There is more hate and disunity between North and South, East and West, Muslim and Christians even and ever and ever, there are bigger and micro problem

“From top to bottom, it is all confusion and crisis. APC has disintegrated. There is no single job, not in the north or south.

“It is our common humanity that should be uniting us,” Lamido submitted.

In his remarks during the event, Rivers State Governor, Nyesom Wike said the Peoples Democratic Party (PDP) is the only party that can save Nigeria from its present predicament.

“This is a party that Nigerians have seen, Rivers State has seen that we have the confidence, we have the commitment to save Nigeria.

“Let them tell us what they have done for Rivers State. I hear they want to flag off railway gauge from Port Harcourt to Maiduguri. Is that what we need? That is not our project. You want to build Bonny Deep Sea, for how many years?” he said.