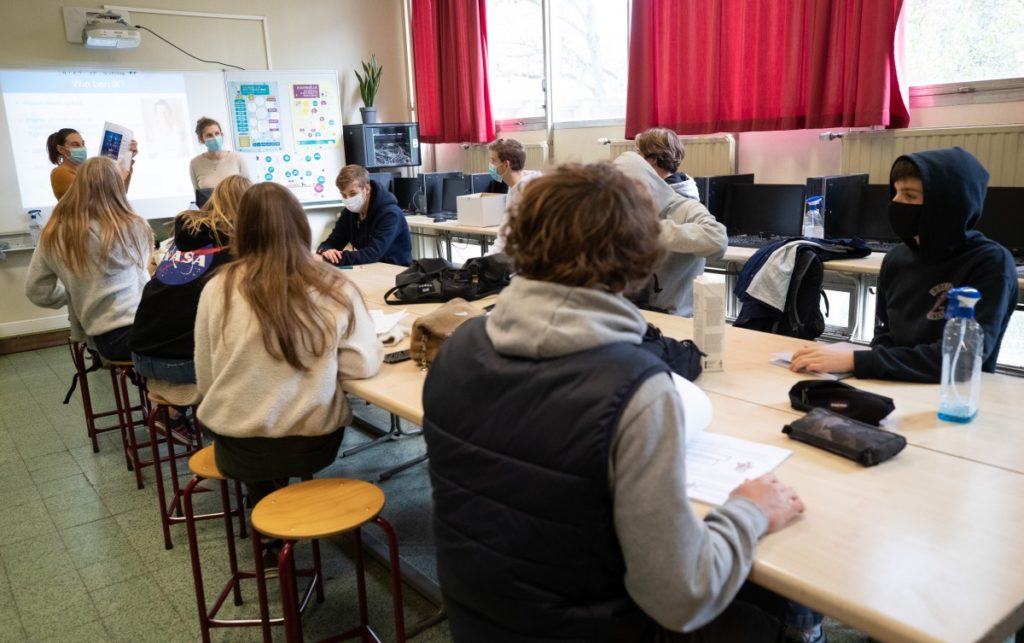 It is still too early to decide whether secondary school pupils will be able to return to classrooms full time after the Easter Holidays, as there are still too many uncertain factors, according to several education unions.

Last Friday, the government announced that, from next week, full-time education for vulnerable groups can start in person, contact education can resume with a capacity of 20% for one day per school in higher education, and both primary and secondary school pupils should be able to physically attend classes again on a full-time basis from 19 April.

“A lot can still happen between now and 19 April. I think it’s wise to wait and see what effect the easing of the rules, which will take effect on 1 April, will have on the curve,” says Nancy Libert of the socialist trade union ACOD.

They are asking for clarity on the timeline for full-time in-person education for primary and secondary schools, ahead of Tuesday’s consultation meeting between the education sector, Flemish Education Minister Ben Weyts, and virologists.

“It is important that both pupils and teachers know where they stand,” says Koen De Backer, vice-president of the liberal trade union VSOA Onderwijs, adding the unions want clarification particularly about the relaxations after the Easter Holidays.

During the meeting, the unions will also discuss the vaccination of teachers, after both Christian trade unions called for them to be put at the forefront of the vaccination campaign.

Certain measures, such as mandatory face masks for students in the fifth and sixth year if there is an infection in that class, and fixed seats for pupils in primary schools have been put in place to prevent the virus from spreading.

Every week, a total of about 2,000 to 2,500 teachers and staff members across the country will have to collect saliva from themselves, which will then be sent to a lab for a PCR test, reports the Belga press agency.