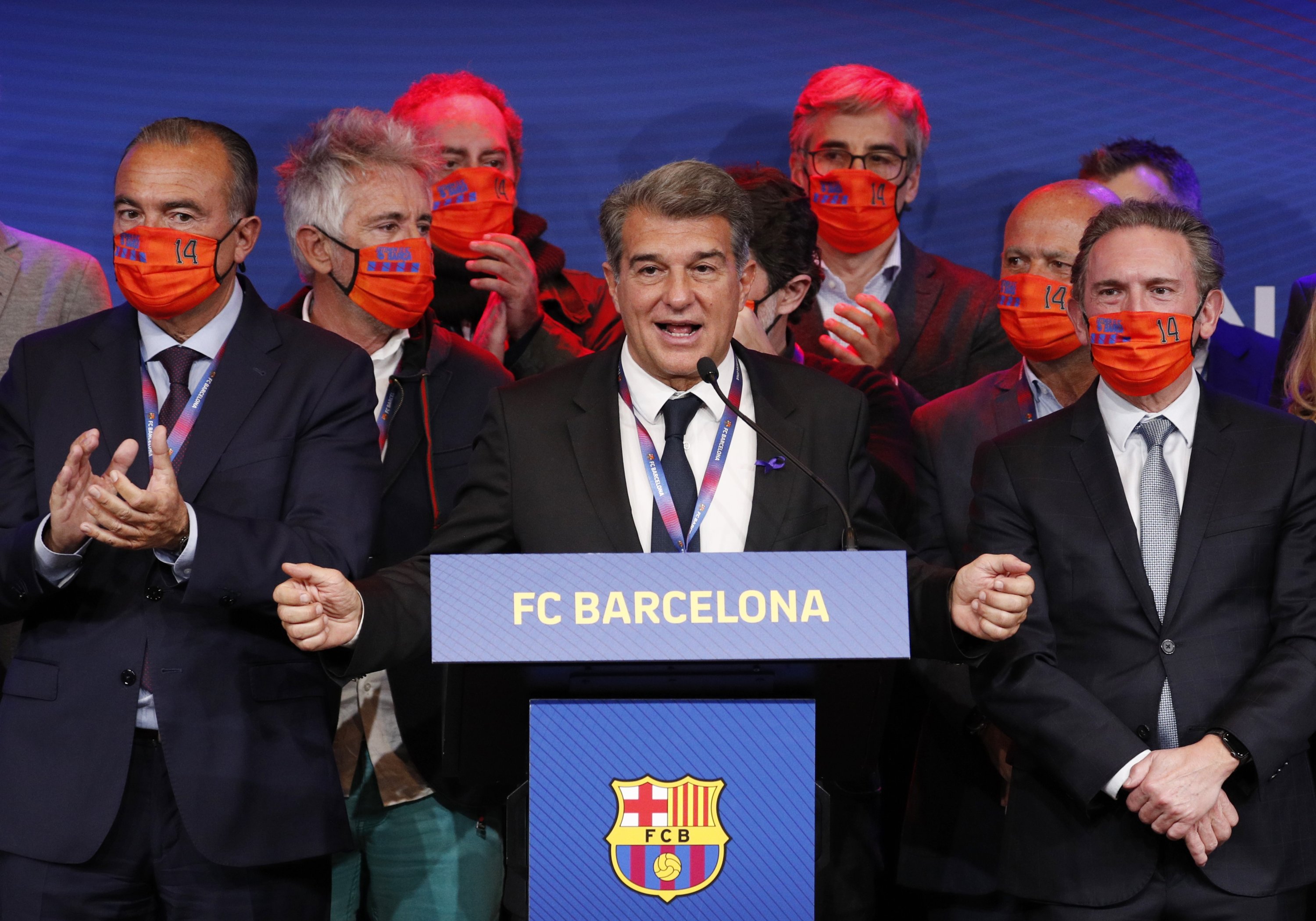 Barcelona called the election on Sunday night, with Laporta winning with 30,184 votes and Font coming in second and Freixa third with 16,679 and 4,769 votes, respectively.

Lionel Messi, Sergio Busquets and Jordi Alba, as well as the club’s former coach and current Spain boss Luis Enrique, all participated in the voting exercise.

“I want to thank all the members for coming out to vote what has been the most important election in the club’s history due to [the effects of] the coronavirus pandemic, which has changed our lives,” Laporta said in a brief speech.

“I want to thank the members that have supported our campaign. This has been a celebration of democracy and of Barcelona. I also want to pay special thanks to Johan Cruyff, who’s no longer with us. I am sure he’s helped us.

“Barcelona is a huge family, and we will overcome the difficulties together. We will achieve the objectives that we have set out.”

“Today, 20 years ago, Messi made his debut for Barca’s youth teams,” he added.

“To see the best player in the world, the player in the history of football, coming to vote, is a sign of what we have said throughout the campaign: that Messi loves Barca.

“The best player in the world loves Barca, and that is very significant. We’re going to encourage him to continue with the club, which is what we all want.”