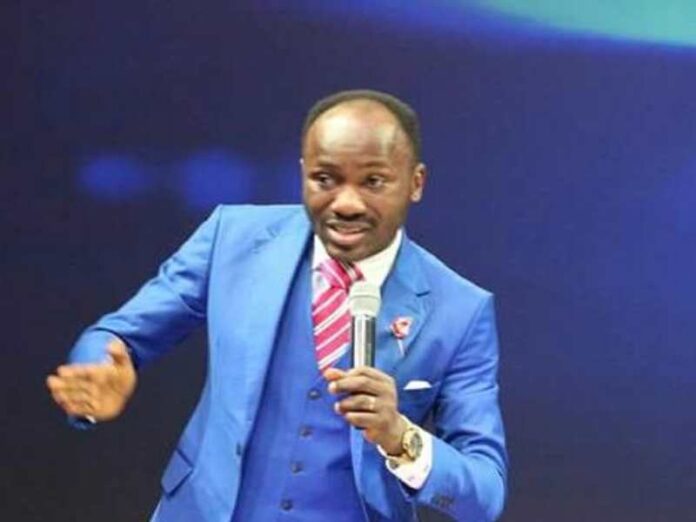 The embattled clergy released the prophetic declaration on his Twitter handle on Monday, 8th March 2021.

Apostle Suleman prophecized that God would protect and provide help for you this week.

“This week, help will come your way. This week, you will not hear bad news.

“This week, doors will open unto you. In Jesus name.”

Meanwhile, the Kwara State government has announced a decision to shut down 10 public/grant-aided schools over the controversy surrounding the government policy on the use of hijab in such schools.

The government in a statement on Sunday evening signed by the Permanent Secretary, Ministry of Education and Human Capital Development, Mrs. Kemi Adeosun said the schools will remain shut till further notice for safety concerns.

It also directed the students and staff of such schools to remain at home until the government gives a contrary directive on the matter.

It will be recalled the state government had declared that Muslim girls in all public schools in the state including Christian-owned, grant-aided schools are now permitted to wear hijabs as part of their uniform.

This position was revealed in a statement signed by the Secretary to the Kwara State Government, Professor Mamma Sabah Jibril on the lingering controversy surrounding the use of hijab in grant-aided public schools in the state.

It also directed the Ministry of Education to come up with a uniform hijab for all public/grant-aided schools in the state.