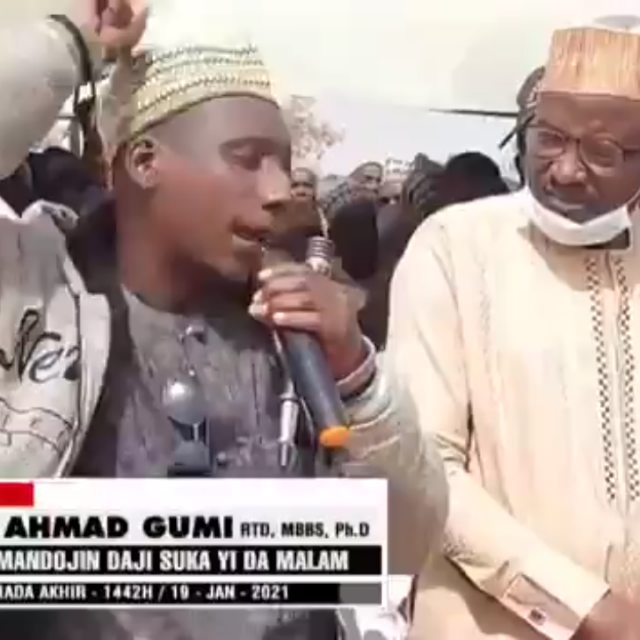 Fulani herdsmen have accused the federal government of supplying them with sophisticated weapons to carry out their attacks.

The herdsmen made this known in a viral video recorded during one of the several meetings between popular Islamic cleric, Sheikh Ahmad Gumi and herdsmen.

Recall that Sheikh Gumi has been visiting forests across the North where he is meeting with armed Fulani bandits.

The Islamic cleric is also calling on the government to grant the bandits amnesty.

Speaking at the meeting, the herdsman pointed out that cows don’t give birth to guns.

He added that herdsmen did not know what guns were until the government started supplying them with AK-47.

“I swear to the Almighty Allah that it’s the government that is giving arms to us. Fulani don’t know what gun is,” he said in Fulani to the applause of others,” he said.

“We are only herdsmen. Cows don’t give birth to guns. I swear to Allah, we are on our own and the government supplies AK47 to us. I am not afraid to say the truth.”