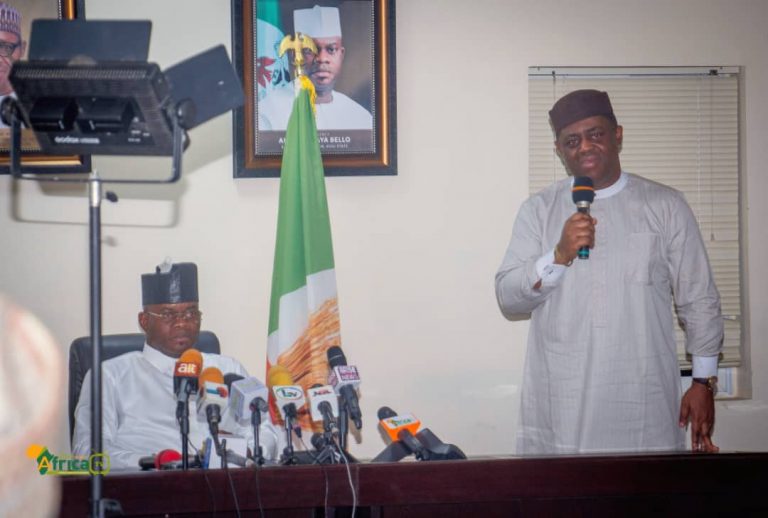 Former Minister of Aviation Femi Fani-Kayode has stated that if not for the intervention of Governor Yahaya Bello, Governor Seyi Makinde, Yoruba activist Sunday Igboho and others Nigeria would have experienced another tribal war.

The country recently experienced tribal; tension which could have led to clashes in various parts of the country.

The crisis led to attacks on Fulani traders in Shasha market in Oyo State. Following the attack, some northern groups stopped the transportation of foodstuff from the north to the south.

But Yahaya Bello, Fani-Kayode, and the groups met yesterday to iron out issues and resume supply of foodstuff to the south.

Narrating what transpired in a series of post on his Twitter handle, Fani-Kayode wrote: “Over the last three days His Excellency Governor Yahaya Bello of Kogi state presided over a series of crucial meetings on the food embargo against the South with Alhaji Muhammed Tahir (the President of the Amalgamated Union of Foodstuffs & Cattle Dealers of Nigeria and their Chairmen from all the 36 states and the FCT), Dr. Awwal Abdullahi Aliyu (the President of the Northern Consensus Movement), Alhaji Abdullahi Mai Agogo (Sarkin Yaki Buhari), Alhaji Shettima Yerima & I.

“We worked extremely hard& well into the early hours of each of the mornings on the assignment given to us. In the end we give thanks to God that we achieved all our objectives. Amongst them were the fact that we averted a major crisis, we ensured there were no reprisal killings of southerners in the north after the Shasha killings, we ensured that there was no tribal war, we ensured that the food embargo placed on the South by the Union was lifted, we stabilised a very tense and dangerous situation which had the potential of tearing our nation apart in a very violent way and we brought peace and unity to the country.

“To round it all up we held a press conference at Kogi State Govt. Lodge in Abuja yesterday afternoon & another later in the evening at the Presidential Villa after having a fruitful & productive meeting with Professor Gambari, Chief of Staff to President Muhammadu Buhari.

“I commend and acknowledge the contribution, efforts, input and commitment of Chief Sunday Adeyemo (AKA Sunday Igboho Osha) and other key non-state actors to the peace process and the successful resolution of this crisis. Without them we could not have succeeded.

“I also acknowledge the efforts, support and input of Governor Seyi Makinde of Oyo state & some of the other southwest Governors in the negotiations and process.

“Once again the Lord brought Nigeria back from the brink. This is what happens when we come together, dialogue, understand one another problem, unite, build bridges and work across regional, ethnic, religious and party lines.”