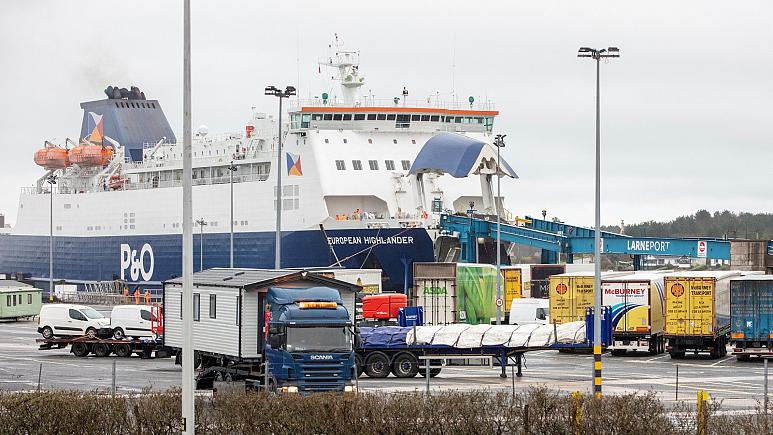 The European Parliament has shelved a vote to approve the Brexit trade deal with the UK after London “violated” the terms of the agreement.

The Conference of Presidents – a body consisting of the parliament’s president and the chairs of its political groupings – agreed to postpone the decision on which date to hold the vote until they next meet, a source at the European Parliament told Euronews.

EU leaders were due to agree on a date for a final vote on the Brexit agreement, which is only provisionally in force until it is ratified by MEPs, on Thursday but instead decided to hold back after Brussels accused the UK of violating the terms on Wednesday.

The UK unilaterally announced a grace period on border checks on agri-food products entering Northern Ireland, a move which has angered Brussels.

The EU argues that constitutes a “violation” of the Northern Ireland Protocol, a term of the Brexit agreement designed to maintain an open border on the island of Ireland.

Under the terms of the protocol, Northern Ireland would still be subject to some EU laws, which means that customs declarations and some checks on goods entering Northern Ireland from mainland Britain are required.

The protocol, agreed between the UK and the EU during the Brexit deal negotiations, has angered unionists in Northern Ireland and caused delays in supplies reaching supermarkets and shops in the country.

In a tweet following the Conference of Presidents’ meeting on Thursday, German MEP Bernd Lange quoted the Withdrawal Agreement and added the commentary: “Still valid”.

READ  Buhari’s New Chief of Staff, Attahiru Was Sacked From Boko Haram Front for Being 'Inefficient'

In an interview with Irish broadcaster RTE’s Morning Ireland programme, he said progress was being made on the Northern Ireland Protocol but the timing of the UK’s actions couldn’t have been worse.

“That is why the EU is now looking at legal options and legal action which means a much more formalised and rigid negotiation process as opposed to a process of partnership where you try to solve the problems together,” Coveney said.

Northern Ireland’s first minister Arlene Foster, whose party the DUP has launched legal action against the protocol, insisted on Thursday the decision to delay border controls was about helping local businesses rather than breaching international law.

“I believe in the rule of law, and therefore we will pursue every legal and political means to try and get through that this is not working for Northern Ireland and is causing real damage,” she said.

“I mean, I’m so disappointed to hear the reaction of the Irish government this morning. They say that they had no difficulty with extending grace periods, but yet they’re out saying that the UK government has broken international law which is simply not the case”.

Speaking on a visit to Middlesbrough on Thursday, UK prime minister Boris Johnson said: “We are taking some temporary and technical measures to ensure that there are no barriers in the Irish Sea, to make sure things flow freely between GB and NI and that’s what you would expect”.

“Obviously these are matters for continuing intensive discussions with our friends.

“I’m sure with a bit of goodwill and common sense all these technical problems are eminently solvable”.