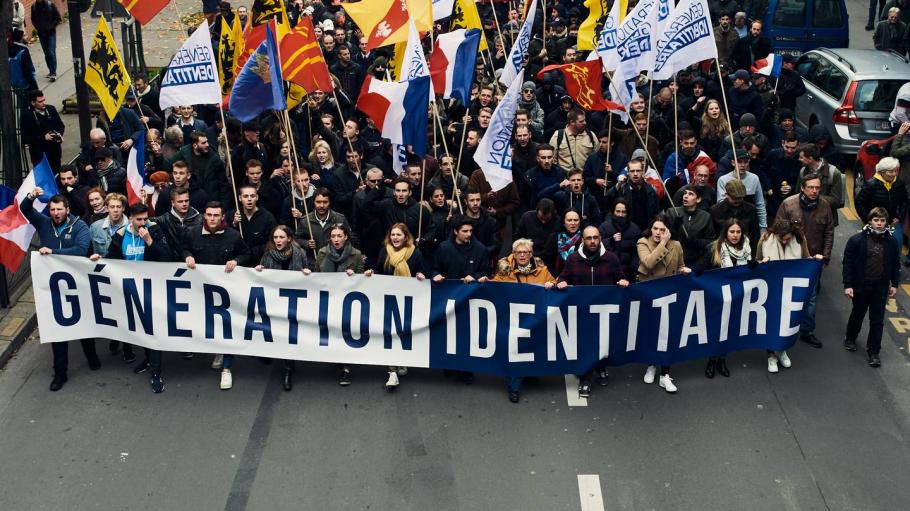 France on Wednesday banned far-right group Generation Identity (Génération Identitaire), which is known to be hostile to migrants, for incitement to discrimination, hatred and violence, Interior Minister Gérald Darmanin said.

“The association ‘Génération Identitaire’ was dissolved this morning at a Cabinet meeting, in line with instructions from the President,” Darmanin said on Twitter.

“As detailed in the decree I submitted, it incites to discrimination, hatred and violence.”

Generation Identity has repeatedly tried to bar migrants from entering the country, conducting high-profile raids in the Alps and the Pyrenees.

On February 13, Darmanin announced that he had triggered procedures to ban the group in response to a series of anti-migrant actions.

He had already raised the possibility of dissolving the far-right group in late January when it deployed around 30 activists on the Spanish border, with cars bearing the message “Defend Europe” and the use of drones to police the frontier – the latest in a series of stunts Generation Identity has used to attract the French public’s attention.

‘A declaration of war’

The organisation first grabbed French headlines in 2012 with an online video titled “A declaration of war”. A group of young people filmed close-up told the camera they were the generation that had seen an “ethnic divide” and a “bankrupt” experiment in “living together” that included “imposed miscegenation”.

A month later, they engaged in direct action for the first time by occupying the roof of a mosque under construction in the central French city of Poitiers, using the building to display anti-immigrant banners. Then-president François Hollande’s government considered shutting down Generation Identity in response to this, but did not do so.

The group persisted with shock tactics over the following years – including blocking the road linking the “Calais jungle” migrant camp to the city centre in 2016 and by having one of its members infiltrate the NGO SOS Méditerranée, which helps migrants in danger of death at sea, in 2018.

But Generation Identity’s biggest publicity stunt was when it launched a vast operation in the Alps along the Italian border, an open frontier thanks to the EU’s Schengen agreement – and a major crossing point for migrants. The activists dressed in blue jackets, making them look like police officers and fuelling the impression that they were usurping the role of the French state.

Three members were sentenced to six months in prison for the Alps stunt in August 2019 – specifically for masquerading as police officers.