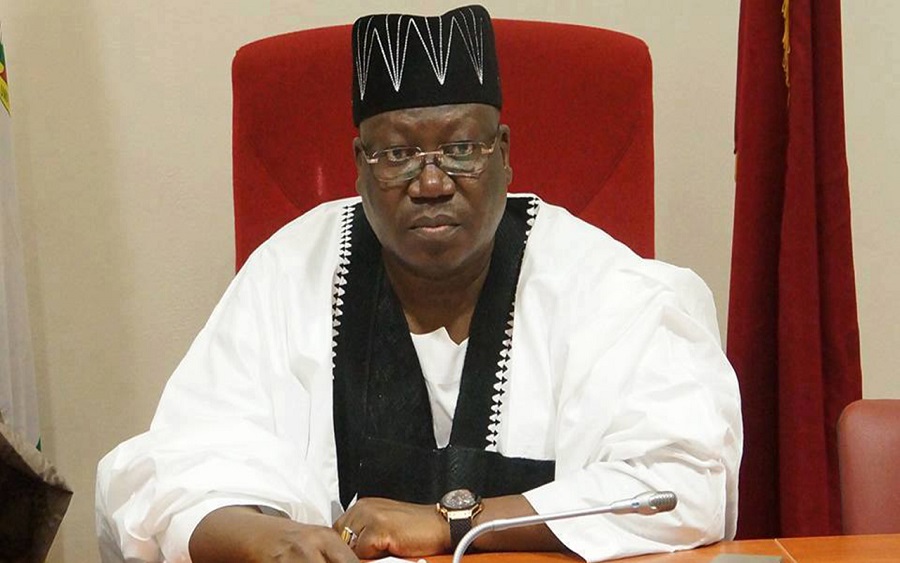 The President of the Senate, Ahmad Lawan, on Tuesday, lamented that banditry was fast becoming an industry and that quite a number of people were benefitting from the ugly situation.

Lawan, who spoke after the confirmation of the service chiefs, described the situation as unacceptable and asked the new military generals to stop the ugly trend.

Lawan asked the new service chiefs to take the war to the bandits and insurgents and dislodge them in their strongholds.

He said, “A situation whereby a group of people will go to a school and take over 300 students away on motorcycles is not accepted.

“Kidnapping without a trace, is not acceptable. Something has to be done because, apparently, this is becoming an industry, some people are benefiting from this and we have to unravel who these people are, and fight bandits and insurgents until we rescue our country.

“We promise them and indeed Nigerians that we support them in whatever way the parliament can come to their support.

The Senate on Tuesday confirmed the appointment of the new service chiefs following the consideration of the report of the Committee on Defence which recommended their confirmation.

Lawan, had on Wednesday, penultimate week, referred the request of the President, Major General, Muhammadu Buhari, (retd.), for the confirmation of the new service chiefs, to the committee on Defence.

Lawan, gave the committee, led by Senator Aliyu Wamakko, two weeks to carry out their assignments and report to the Senate in plenary.

The Senate confirmed their appointments both at the committee of the whole and at plenary on Tuesday following the Wamakko report’s consideration.