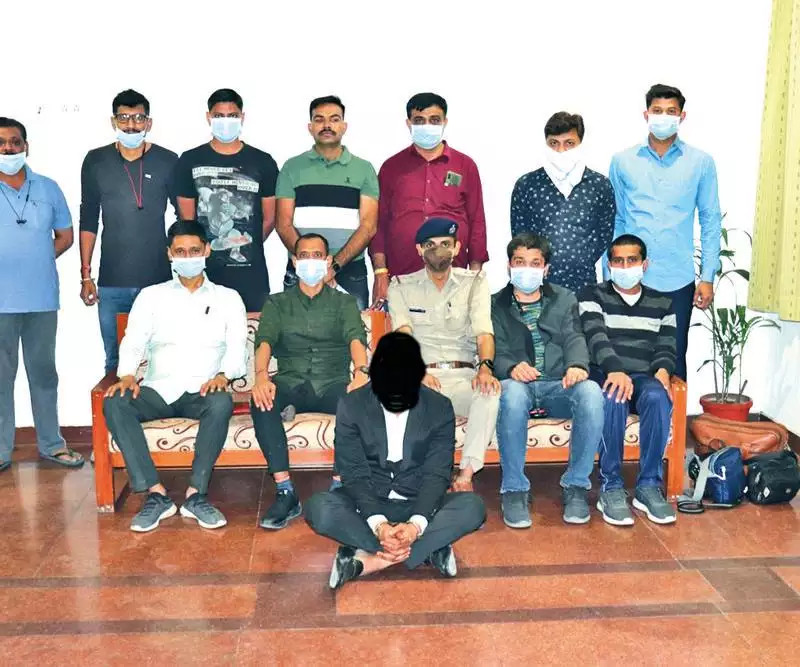 According to Junagadh District Police, the accused allegedly duped a 70-year-old man of over Rs 1.32 crore (5,032,500,000) by promising to bring him donation from foreign countries for his proposed charitable trust.

Earlier on January 13, the victim, Jivraj Pansuriya, a resident of Mendarda town of Junagadh district, lodged a complaint against unidentified persons with cyber police station after he was cheated of Rs 1.32 crore.

The police said Pansuriya wanted to set up a trust hospital and in this connection came into contact with Hezekaiah who promised to bring him donation from foreign countries for his proposed charitable trust.

An unsuspecting Pansuriya believed in the Nigerian’s words and started sending money to him and his associates through online transactions.

Finally, when the septuagenarian realised that he was being cheated, it was already too late and he had already sent Rs 1.32 crore to the frauds.

“Based on the mobile numbers and bank account numbers, we traced the accused to New Delhi’s Dwarka and sent a team to nab him. We brought the accused to Junagadh and he has confessed similar crimes as well,” said a police officer.

Police said that the accused also confessed to having committed three more crimes of similar nature in Gurugram, Rajasthan and Mumbai.

Police prepared a list of mobile numbers and bank account numbers through which the accused gang were siphoning money from online victims.