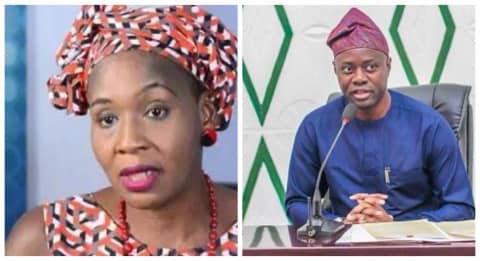 Governor Seyi Makinde of Oyo State has been warned to be careful over the controversies surrounding activist, Sunday Adeyemo, better known as Sunday Igboho.

Controversial journalist, Kemi Olunloyo in a post on her Twitter account on Friday (today), warned Makinde not to allow the slavemasters to use him in fulfilling their agenda.

Olunloyo urged the governor whom she addressed as her brother to leave Igboho alone and get rid of the killer herdsman causing chaos in Oyo State.

‘It will end in tears’, she warned.