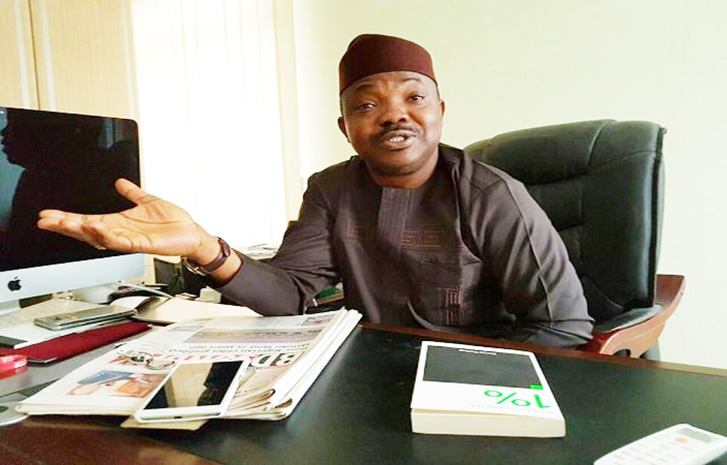 Yoruba socio-political group, Afenifere, on Friday, condemned the attempt by operatives of the Nigeria Police Force and the men of the Department of State Services to arrest Yoruba rights activist, Sunday Adeyemo, better known as Sunday Igboho.

Afenifere spokesman, Yinka Odumakin, said the machinery of government would not have been after Igboho were he a bandit.

Recall that pandemonium broke out on Friday along the Lagos-Ibadan Expressway when Igboho and his supporters were on their way to meet with 93-year-old Afenifere chieftain, Ayo Adebanjo.

In a viral video, a shirtless Igboho was seen with his men daring the security operatives and throwing expletives.

Speaking after the incident, Odumakin said,

“There is no sense in that (the attempted arrest). He (Igboho) is a free citizen of Nigeria. If they need him for any questioning, they should invite him not to go and waylay him on way like an armed robber.

“We condemn their attempt. There is no need for it. He has not been invited let alone not honouring the invitation. Chasing him on the road is condemnable.”

Odumakin lamented that the regime of the President, Major General Muhammadu Buhari (retd.), favoured bandits who have been left roaming the country despite their many atrocities.

When asked whether the group was concerned that security agencies were after Igboho and not bandits, the Afenifere spokesman said,

“Sunday Igboho is not a bandit. Bandits are special under this administration. That is the difference between a bandit and a non-bandit in Nigeria today,” Odumakin stressed.

Igboho rose to prominence last month when he issued an eviction notice to herdsmen accused of sundry crimes in the Ibarapa area of Oyo State and enforced same.

See also  PTF Disburses N1bn Each To 32 States Amid Coronavirus

Presidential spokesman, Garba Shehu had said the Inspector-General of Police, Mohammed Adamu, ordered the arrest of the rights activist but many Nigerians had condemned such move, insisting that the security agencies should instead summon popular Islamic scholar, Sheikh Ahmad Gumi, who has been seen hobnobbing with bandits in the forests of Zamfara and Niger States of late.