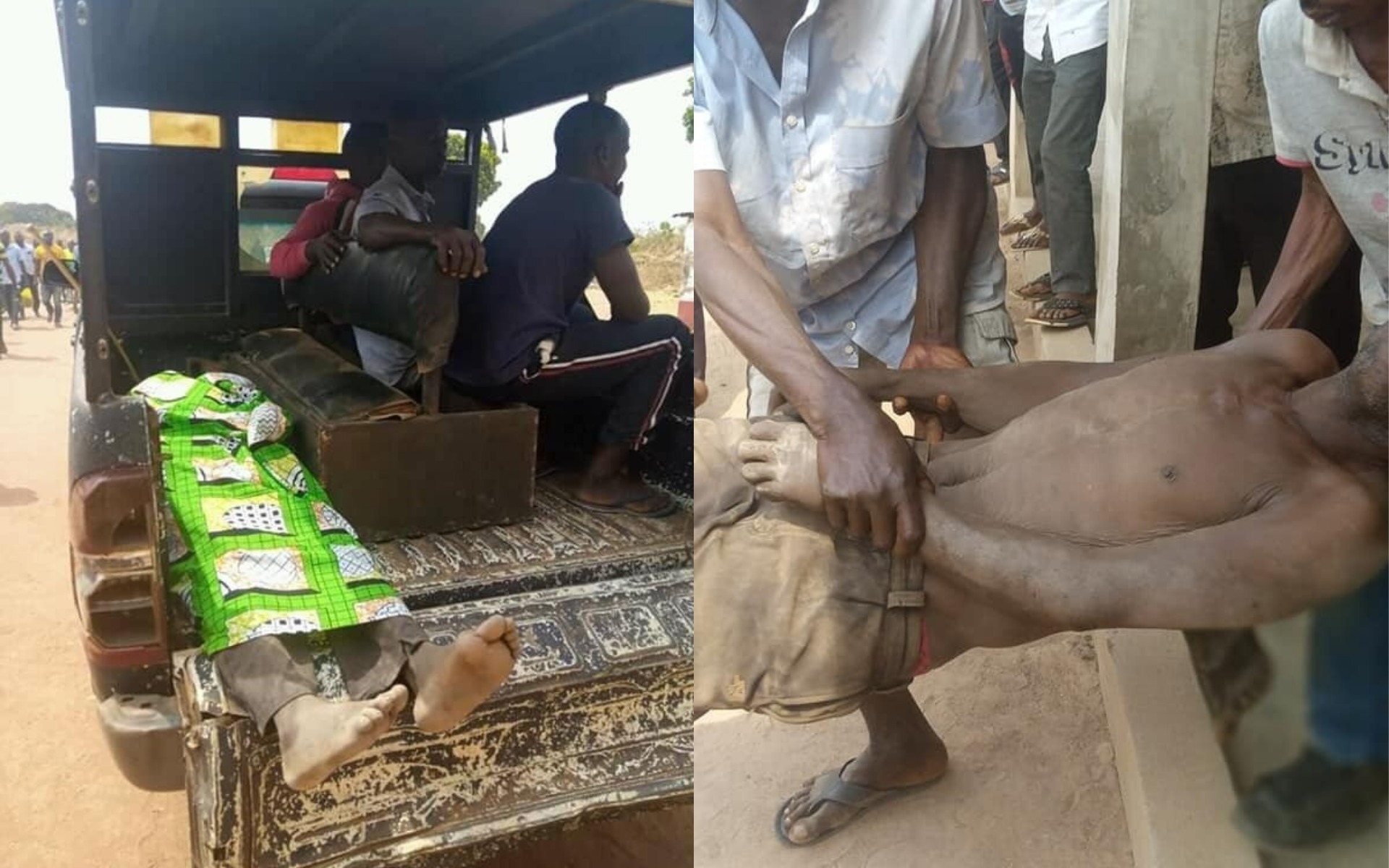 Six men who reportedly kidnapped and tortured a man to death in Lessel community, Ushongo LGA of Benue state have been arrested.

According to reports, the unnamed man was killed over a missing goat after an oracle pointed him out as the culprit.

The suspects were arrested on Tuesday, February 23, 2021.

A certain Ordue Akume, who is the youngest sibling of the deceased, was alleged to have reported the disappearance of his goat to the community youths.

During the investigation, they decided to consult an oracle, who revealed to them that it was the deceased that stole the goat.

When queried about the missing goat, the deceased, however, denied the allegation.

In a bid to ensure that he admitted and returned the said goat, the suspects persisted with all forms of torture despite pleas by neighbours and passers-by to halt the torture.

When it dawned on them that the deceased may likely not survive the grievous torture, they moved and dumped him at a private clinic where he passed away.