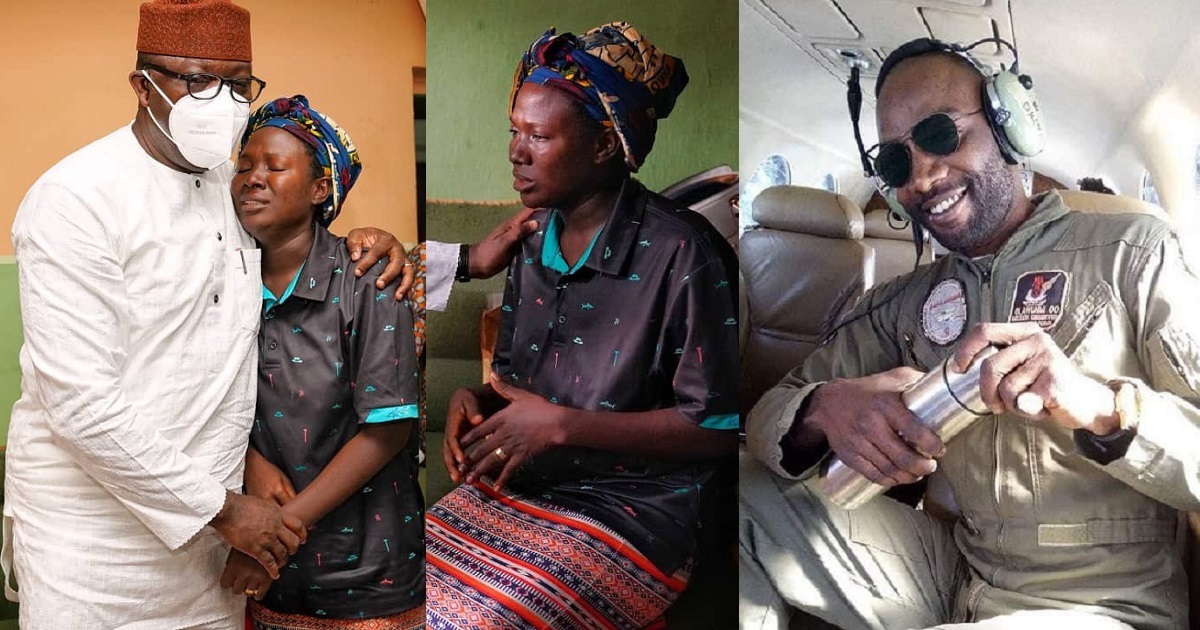 It was indeed a black Sunday on February 21 as seven officers of the Nigerian Air Force lost their lives in the crash. According to the Minister of Aviation, the Beechcraft KingAir B350i (NAF 201) craft crashed due to an engine malfunction.

Late Olasunkanmi Olawunmi, an indigene of Ogotun-Ekiti died alongside six others in the crash.

The governor disclosed on Twitter that he spent the morning with Mrs Omolola Olawunmi, wife of the late officer. He also prayed that the soul of the departed, rest in peace.

Spent this morning with Mrs Omolola Olawunmi, wife of our son from Ogotun Ekiti, Flight Sergeant Olasunkanmi Olawunmi who died in the Air Force plane crash on Sunday. May the soul of the dear departed rest in peace.
JKF pic.twitter.com/2UJDxOTpxJ