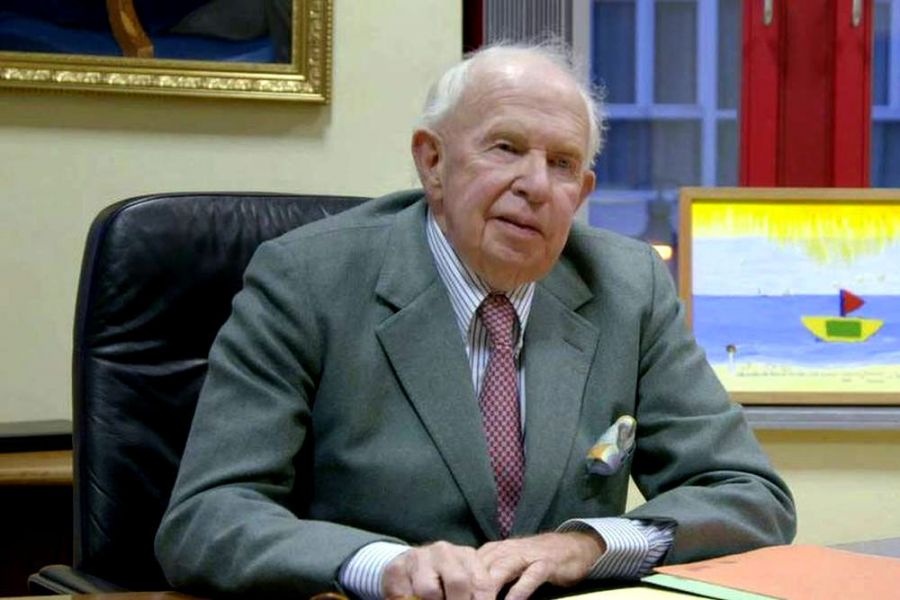 Leopold Lippens, mayor of Knokke, has died at the age of 79. He was suffering from leukaemia.

Lippens was born into a prominent family in 1941, his father also mayor of Knokke, his grandfather politician and former governor-general of Congo. Because his grandfather was made a baron in 1936 by Leopold III, Lippens inherited the title on the death of his father in 1986.

By that time, however, he had established his own fiefdom in the beach resort of Knokke-Heist, moving into his father’s old office in 1979 and remaining mayor until his death.

One tribute summed up his appeal: he kept property prices high and taxes low. Knokke regularly features at the top of the table of the most expensive villas and apartments in the country.

Safe in the knowledge he was apparently unassailable in the eyes of his electorate, he was not one to avoid controversy.

One of the most memorable was the affair of the ‘frigobox tourists’ from the summer of 1990. Lippens decided tourists bringing their own lunch to the beach (in a cooler or frigobox) were lowering the tone of his resort, and contributing nothing to the local economy, and so he banned them.

The frigobox tourists were the representatives of outsiders to the people of Lippens’ caste; Knokke residents lunched at home, or in the resort’s fancy restaurants (the town has two Michelin-starred restaurants, each with one star). The more welcome sort of visitor also eats out. The frigobox affair was purely a matter of class distaste.

Lippens claimed to be a friend of presidents, or the family of presidents. He knew Jackie Kennedy, by his own account, as well as her brother-in-law Ted. And he became friends with Donald Trump over a shared passion for golf.

Lippens last made the news in the summer of 2020, the corona-summer, when the towns along the coast were faced with an invasion of people and a list of restrictive measures aimed at combatting the pandemic.

In November the town council were informed the mayor would be stepping back somewhat for health reasons. Shortly after it was revealed he was suffering from leukaemia.

Councillor Piet De Groote took over most of his tasks, although Lippens insisted on chairing meetings of councillors and the full council, albeit online.

Last Monday Lippens informed De Groote that things were not going well, and Friday saw the first council meeting at which he was not present. As the meeting was underway, news came in that the mayor had died.