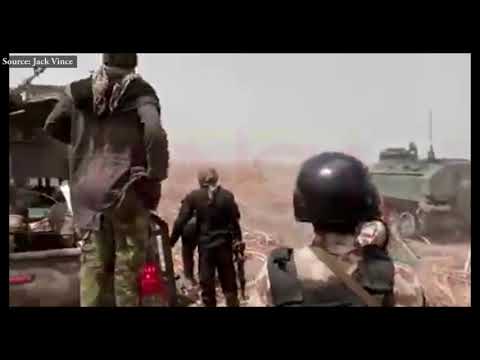 Operatives of the Nigerian Army have discovered a forest belonging to the leader of the dreaded Boko Haram insurgent group, Abubakar Shekau.

In a video obtained by The Punch, members of the Civilian Joint Task Force (CJTF) were seen raiding the farm of its crops in the Sambisa forest.

Shots were fired in the air as the security operatives jubilated their little victory over the Boko Haram faction.

Recall that a captured Boko Haram fighter had revealed that an attack by the Nigerian military has crippled the leader of the insurgence, Abubakar Shekau.

Mohammed Adam, a teenage fighter, who is currently in the custody of troops of 195 battalion of the Nigerian army, says Shekau can no longer walk effectively.