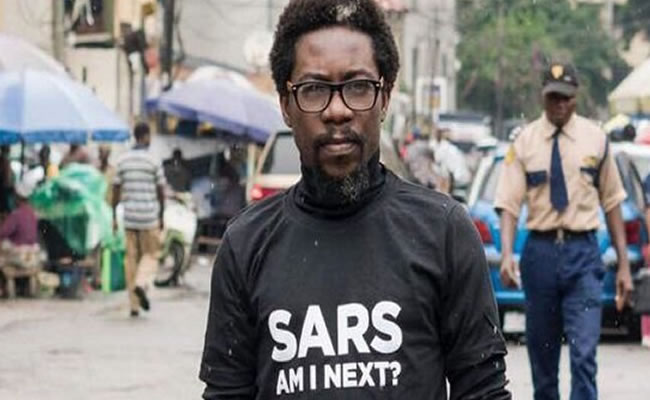 Segalink and Mahmud have at various times clashed on social media over the recent #EndSARS protest.

Segalink had kicked against the continued protest with many accusing him of taking the side of the federal and state governments.

While Mahmud had slammed Segun for some of his comments condemning the protest and CNN’s report on the shooting of protesters by operatives of the Nigerian Army in October 20, 2020.

In a post on his official Twitter page on Wednesday, Abdul Mahmud wrote: “Due to issues that are now in the public space, I have stepped down as a Trustee of Sega’s Social Intervention Advocacy Foundation, SIAF – the Foundation set up to further the purpose of #EndSARS.

“A formal statement will be issued in due course.”

Recall that Segalink, a member of the Lagos State panel on police brutality, had recently come under fire for voting to authorize LCC to takeover the Lekki tollgate after it concluded its investigation on the spot.

The five out of the nine-man judicial panel had voted to return the control of the tollgate to the Lekki Concession Company, the operators.

Four members faulted the report of the forensic experts hired to comb the scene for evidence.

The four members who rejected the forensic report are the two representatives of the civil society – Mr Ebun-Olu Adegboruwa (SAN) and Ms. Patience Udoh; as well as the two youth representatives on the panel – Rinu Oduala and Temitope Majekodunmi.