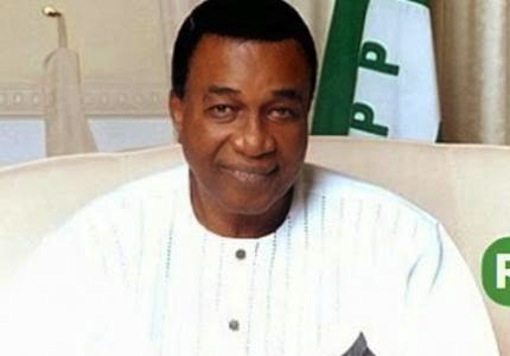 The former governor of the old Anambra, who described late Jakande as his brother because their close relationship, said he called the family to console them over the death of their patriarch.

Nwobodo, who was one of.the 19 governors in 1979 alongside the likes of late Jakande, said he received the news of his demise with shock, noting that the former Lagos State Governor had expressed worries over the state of the nation when they met last December.

“I was as shocked that he died. The last time we saw was at a party hosted by the Lagos State Governor.

“It was a Christmas party and it was in commemoration of Tinubu’s birthday, I saw him and we embraced and so on,” Nwobobo said in an interview at the weekend.

” But even before then I visited him with the Secretary of the Former Governors Forum and we chatted a lot about things, he showed me all his old pictures and so on and so forth, we remembered that good old days, we laughed and he felt that things are not as good as they used to be, because he was so friendly and the governors were also friendly too. ”

The former governor of the old Anambra, who described late Jakande as his brother because their close relationship, said he called the family to console them over the death of their patriarch.

“If you saw the governors, it didn’t matter what party you came from. We saw Jakande as a brother, the thing that shocked mostly is that I have now lost another brother and friend and its unfortunate but he is gone.

“So what I did was to call his house, I got his son, Tunji and I got his wife, I spoke to the wife also I know the wife very well. ”

Describing the relationship between Governors in the progressive parties in 1979, Nwobodo who was a governor under the late Nnamdi Azikwe Nigerian People Party (NPP) said they were bounded by unity of purpose back then.

” There were 19 governors, out of these 19, I think 12 were in progressives, we were the real progressives, we formed the first progressive party, its unfortunate I don’t have my pictures here, you would have seen where the progressive went round from each state to the other for rallies, we went to Kebbi, Lagos, Kano, Jos, everywhere. ”

Speaking on the personality of late Jakande, Senator Nwobodo said:”Jakande was called Baba Kekere, he was seen as somebody who was being groomed by Awolowo, that is why they called him Baba Kekere because of his intelligence, wisdom, his attitude to things and all of us were in Lagos then.”

On what Jakande would be remembered for, he said many Lagosians and Nigerians would not forget him for transforming Lagos in terms of infrastructure.

He said: “Infrastructure, he changed Lagos. Even as a Minister under Abacha he was Minister of Works and Housing, he cared for the ordinary people.

” Something that would normally cost about N5 million he would execute it for about N1 million, he wanted the ordinary people to gain from the government that was his greatest gift to the nation, free education too he was following his baba Awo footsteps.”