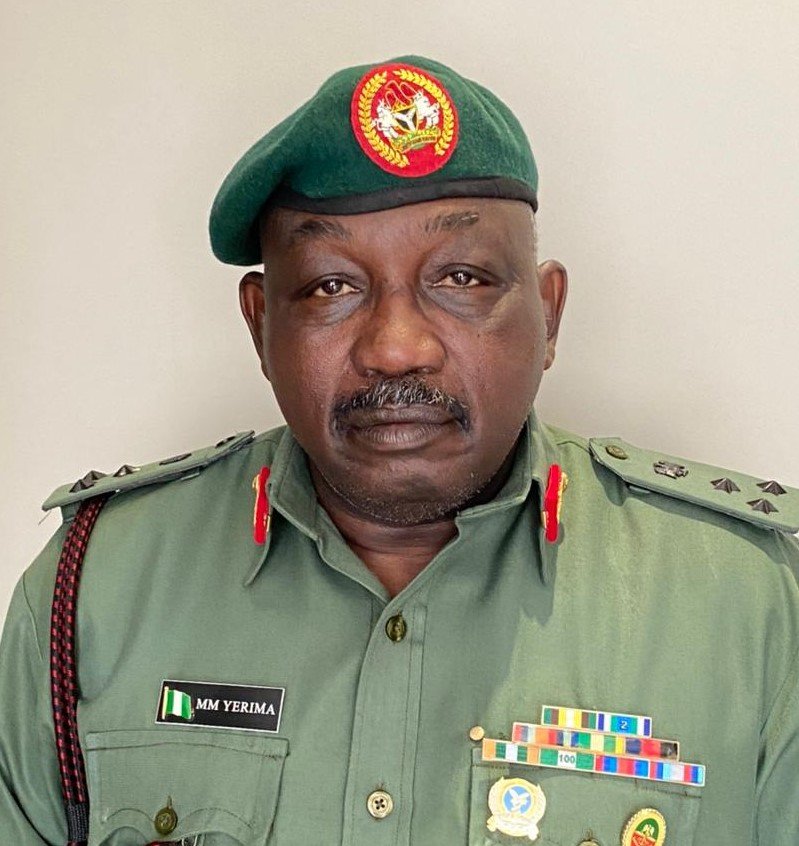 Yerima was the former director of Defence Information and the ex-deputy director reserve at the Defence Headquarters (DHQ).

Brigadier General Mohammed M. Yerima obtained a BA Ed Political Science from Ahmadu Bello University before he enlisted in the Nigerian Army in October 1989 and commissioned into the corps of Army Public Relations.

He was ADC to Commander TRADOC, Major General Ishola William between 1990-1993; Public Relations Officer NAOWA in the Office of Chief of Army Staff 1994; Spokesperson 81 Division of the Nigerian Army 1995-1996; PRO Nigerian Defence Academy 1996-2000.

Brig. Gen Yerima is a member of the Nigerian Institute of Public Relations (NIPR) as well as the African Public Relations Association (APRA) and a Fellow of the West Africa Society for Administration and Communication.

He was Chairman of the Media and Information Committee on Emergency Management (MICEM).

The new Army Spokesperson was a participant in the Senior Strategic Media Operation programme at Reach Cambridge and at Kofi Annan Centre, Ghana.

He also attended Senior Leadership Course at the Sheringham United Kingdom and undertook a US-Embassy funded Media tour of Africom in Stuttgart Germany.

He hails from Bade Local Government Area of Yobe State.