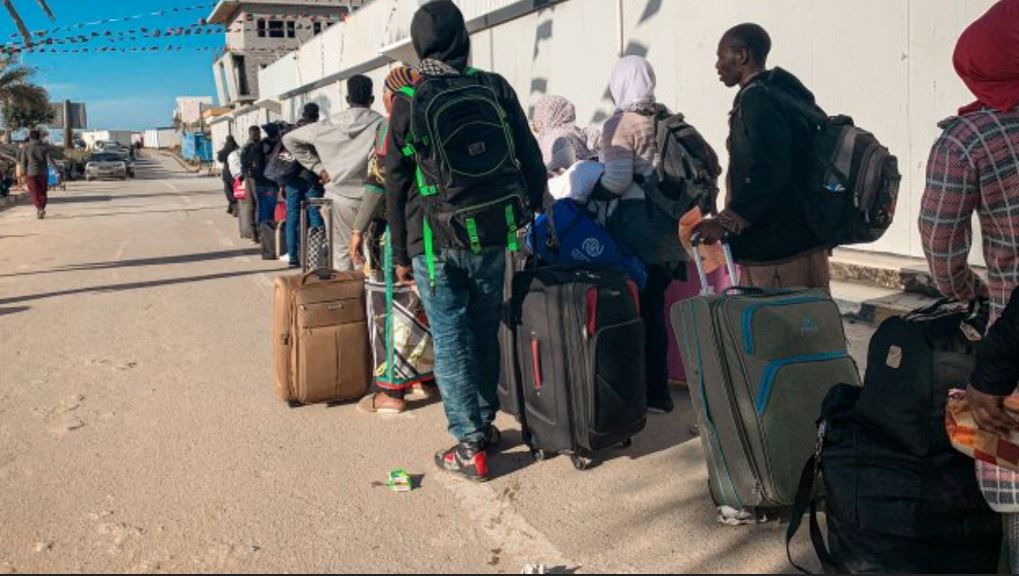 Ikponmwosa, 31, told NAN, that he closed his “very lucrative” cement retail business because of his desire to make “more money”.

A victim of human trafficking, Terry Ikponmwosa, has told the story of how he was sold four times during his futile attempt to get to Europe through Libya.

Ikponmwosa, 31, told NAN, that he closed his “very lucrative” cement retail business because of his desire to make “more money”.

The trafficking survivor said he was sold twice in Delta state, once in Kano and once in Libya.

Narrating his experience on Friday, he said only four of the 36 people that left Nigeria for Libya survived the journey.

“l embarked on a journey to Europe and ended up being sold four times in Nigeria before I got to Libya,” Ikponmwosa said.

“After my secondary education, I went into business. I opened a cement retailing shop which was very lucrative and I was making money, but I needed more.

“While doing the cement business, a friend introduced me to a man in Benin who promised to help me to travel to Europe. I had over N1 million from my cement shop and took the money and embarked on the journey.

“l left the cement shop for a friend to manage and remit the proceeds to my family for their upkeep, but the man sold the shop and made away with the money.

“From Agbor, I was finally sold to someone in Kano. This, they conveniently did under the guise of linking me up with those who will make the trip easy and smooth for me.

“We were 36 that left Kano for Libya, but only four of us made it alive, others died in the desert for lack of food and water. Unfortunately for me, while trying to find my way to Europe, I was arrested alongside other Nigerians and taken to prison.

“While in the prison, I regretted embarking on the journey because I suffered all through.”

Ikponmwosa said the travellers resorted to fasting and prayers in prison before the lnternational Organisation for Migration (IOM) came to their rescue.

When he returned to Nigeria, Ikponmwosa said he tracked down the man who sold him in Benin but he pleaded for forgiveness and promised to refund his money.

“When I finally decided to take the Edo taskforce on human trafficking to arrest him when he refused to refund the money, the man had fled the state,” he said.

Ikponmwosa now works for Migrants As Messengers (MaM), a volunteer group with IOM in Edo, as an agent of advocacy against irregular migration and human trafficking.