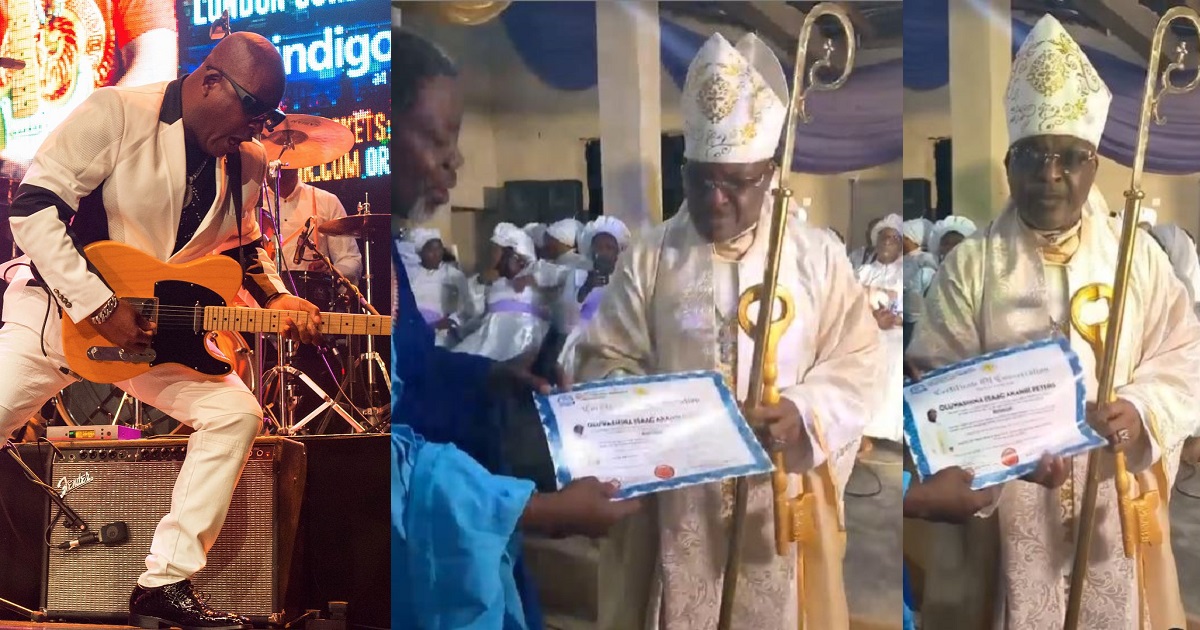 Popular Juju musician, Sir Shina Peters, has been ordered a bishop of a Cherubim and Seraphim (C&S) church.

Shina Peters shared a video from his ordination on his Instagram page.

In the video believed to have been taken on Saturday in Lagos, Shina Peters was dressed in a bishop’s outfit as a certificate was handed out to him by authorities of the church.

Born in Ogun state, Peters’ career in music began at a young age when he played with friends under the handle of Olushina and His Twelve Fantastic Brothers. He taught himself the piano and later joined Ebenezer Obey’s band.

He would later leave Obey’s band to join General Prince Adekunle as a guitarist.

He later left Adekunle to form Shina Adewale, a band with Segun Adewale. The duo soon split. Peters had put out albums with Segun Adewale in the 80s before eventually forming his Sir Shina Peters & His International Stars.