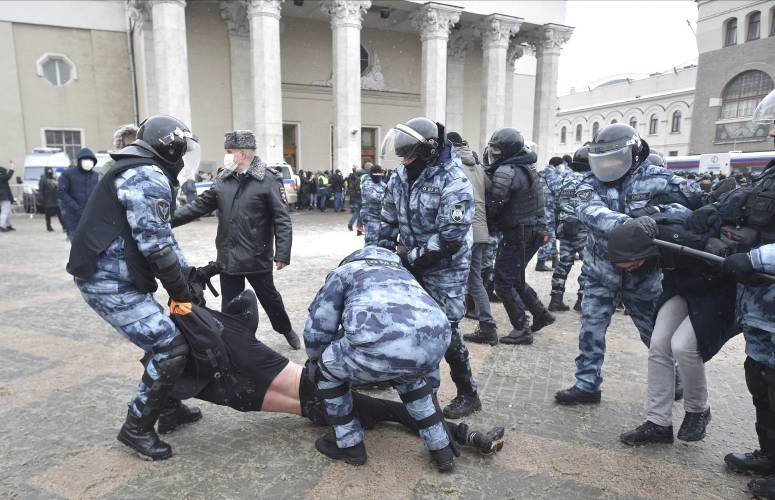 Chanting slogans against President Vladimir Putin, tens of thousands took to the streets Sunday across Russia to demand the release of jailed opposition leader Alexei Navalny, keeping up nationwide protests that have rattled the Kremlin. More than 5,100 people were detained by police, according to a monitoring group, and some were beaten.

The massive protests came despite efforts by Russian authorities to stem the tide of demonstrations after tens of thousands rallied across the country last weekend in the largest, most widespread show of discontent that Russia had seen in years. Despite threats of jail terms, warnings to social media groups and tight police cordons, the protests again engulfed cities across Russia’s 11 time zones on Sunday.

Navalny’s team quickly called another protest in Moscow for Tuesday, when he is set to face a court hearing that could send him to prison for years.

The United States urged Russia to release Navalny and criticized the crackdown on protests.

“The US condemns the persistent use of harsh tactics against peaceful protesters and journalists by Russian authorities for a second week straight,” US Secretary of State Antony Blinken said on Twitter.