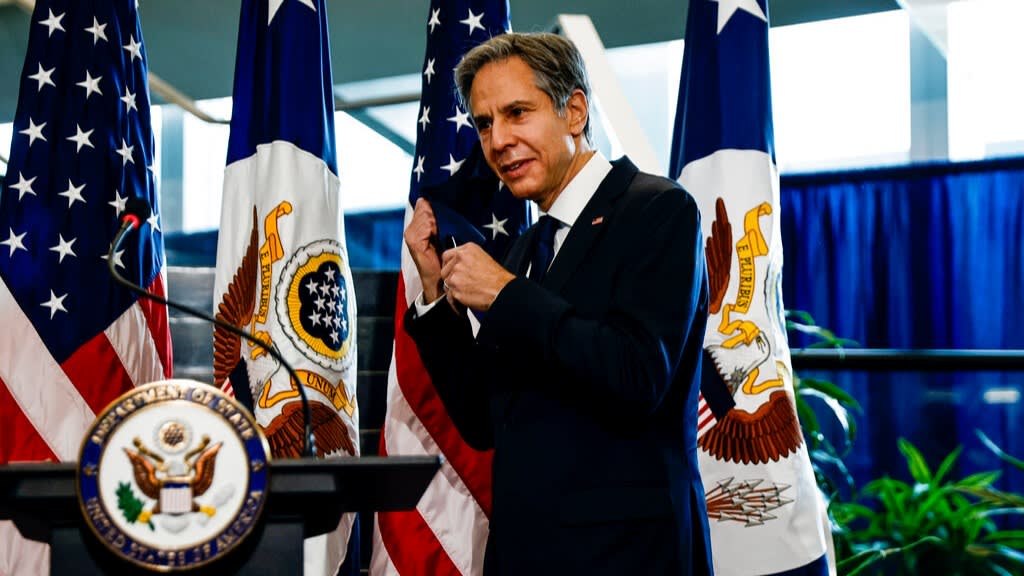 The incoming US administration joined governments around the world in condemning Myanmar’s military coup on Monday, calling for the release of elected leaders, including Nobel laureate Aung San Suu Kyi.

The United Nations led condemnation of Myanmar’s military after it seized power and detained Suu Kyi along with other politicians.

UN Secretary-General Antonio Guterres said the developments were a “serious blow to democratic reforms” and urged all leaders to refrain from violence and respect human rights, a UN spokesman said.

In Washington, President Joe Biden’s incoming administration expressed dismay at the military’s declaration of a state of emergency and the detentions, which Myanmar’s army said it had carried out in response to “election fraud”.

“We call on Burmese military leaders to release all government officials and civil society leaders and respect the will of the people of Burma as expressed in democratic elections on Nov. 8,” US Secretary of State Antony Blinken said in a statement.

The White House said Biden had been briefed on the detentions.

“The United States opposes any attempt to alter the outcome of recent elections or impede Myanmar’s democratic transition, and will take action against those responsible if these steps are not reversed,” White House spokeswoman Jen Psaki said.

Myanmar coup: a ‘swift response’ from the White House

“The vote of the people must be respected and civilian leaders released,” Johnson tweeted.

‘Respect the rule of law’

Charles Michel, the head of the European Council, led EU reactions on Monday, tweeting that the “outcome of the elections has to be respected and democratic process needs to be restored.”

France’s government spokesperson Gabriel Attal called for “the vote of Myanmar’s people [to] be respected”, while German Foreign Minister Heiko Maas said in a statement that “military actions jeopardize the progress made so far towards democratic change in Myanmar”.

In Australia, Foreign Minister Marise Payne called on the military “to respect the rule of law, to resolve disputes through lawful mechanisms and to release immediately all civilian leaders and others” who had been detained.

India’s government also expressed “deep concern” and reiterated its support for the “process of democratic transition in Myanmar”. “We believe that the rule of law and the democratic process must be upheld,” the country’s Ministry of External Affairs said in a statement.

China, however, refrained from condemnation of the coup, urging all parties in Myanmar to “resolve their differences”.

“China is a friendly neighbour of Myanmar and hopes the various parties in Myanmar will appropriately resolve their differences under the constitutional and legal framework to protect political and social stability,” foreign ministry spokesman Wang Wenbin said at a press briefing.

Wang said China, which shares a border with Myanmar and wields considerable influence in the country, was still “furthering our understanding of the situation.”

Singapore’s Foreign Ministry also urged all parties to exercise restraint and work towards a positive and peaceful outcome, advising Singaporeans in Myanmar to stay vigilant “in view of the fluid situation”.

READ  Man Breaks Two Gates, Rams Into The Palace Of The Ooni Of Ife

The detentions came after days of escalating tension between the civilian government and the military after the November 8 election in which Suu Kyi’s National League for Democracy (NLD) scored a landslide win.

The army on Monday handed power to military chief Min Aung Hlaing and imposed a state of emergency for one year, according to a statement on a military-owned television station.

Before the coup, Washington, alongside several other Western nations, had urged the military to “adhere to democractic norms” in a January 29 statement that came as the commander-in-chief threatened to revoke the country’s constitution.

Bob Rae, Canada’s ambassador to the United Nations, tweeted that Myanmar’s military “wrote the Constitution this way so they could do this”.

“The Constitution of 2008 was specifically designed to ensure military power was deeply entrenched and protected,” he said.