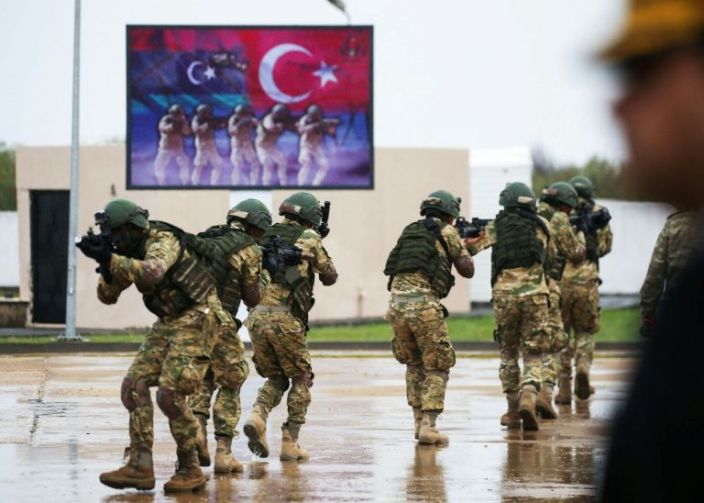 Libyan delegates gathered in Geneva Monday to choose new temporary leaders for the war-scarred country, with the UN stressing the importance of respecting their commitment to hold elections next December.

The 75 participants at the Libyan Political Dialogue Forum have until Friday to select a prime minister and a three-member presidency council from a list of 45 candidates.

The new leadership will then be tasked with guiding the oil-rich and conflict-ravaged North African country until elections scheduled for December 24.

By picking that date, “you have put an indelible mark on the calendar,” acting UN envoy Stephanie Williams told the delegates.

“This decision was greeted with the overwhelming approval by your compatriots, and it is a commitment that must be honoured at all costs,” she said.

Libya has been torn by civil war since a NATO-backed uprising led to the ouster and killing of long-time dictator Moamer Kadhafi in 2011.

The country is now split between the Tripoli-based Government of National Accord (GNA) and its rival, the eastern-based House of Representatives backed by military strongman Khalifa Haftar.

A fragile ceasefire agreed in Geneva last October has largely held despite threats by Haftar to resume fighting.

The list of candidates unveiled Saturday by the UN includes 21 names for the position of prime minister and 24 for the presidency council.

Williams stressed Monday that the temporary leaders should strive towards national reconciliation and the restoration of democracy.

“This project is not about power sharing or dividing the cake,” she said.

“Rather it is to form a temporary government composed of patriots who agree to shoulder and to share the responsibility to put Libyan sovereignty and the security, prosperity and the welfare of the Libyan people above narrow interests.”

After her introduction, the candidates began presenting themselves to the delegates via video link.

The list of candidates, including three women, was approved in political talks held in November between the 75 delegates selected by the UN to represent a broad cross section of Libyan society.

Among the names for the premiership are Fathi Bashagha, the powerful GNA interior minister, and the current deputy prime minister of the Tripoli-based presidential council, Ahmad Meitig.

Nominations for the presidency council include GNA Defence Minister Salahuddin al-Namroush and the head of the Tripoli-based High Council of State, Khalid al-Mishri.

The political talks kicked off in mid-November in Tunisia, where the delegates were tasked with laying out a roadmap towards elections.

UN Secretary-General Antonio Guterres on January 19 hailed the “tangible progress” made in recent months to restore stability in Libya.

His comments came in a report to the Security Council in which he demanded that all foreign troops and mercenaries involved in the Libya conflict leave the country by January 23.

But foreign forces — 20,000 troops and mercenaries by UN estimates — have ignored the deadline to pull out of Libya.

Satellite images broadcast by CNN showed a trench running tens of kilometres (miles) dug by “Russian mercenaries” near the frontline coastal city of Sirte, as foreign protagonists Ankara and Moscow appear intent on defending their interests under any final settlement.

An unidentified US intelligence official quoted by the American news network said there was “no intent or movement by either Turkish or Russian forces to abide by the UN-brokered agreement”.