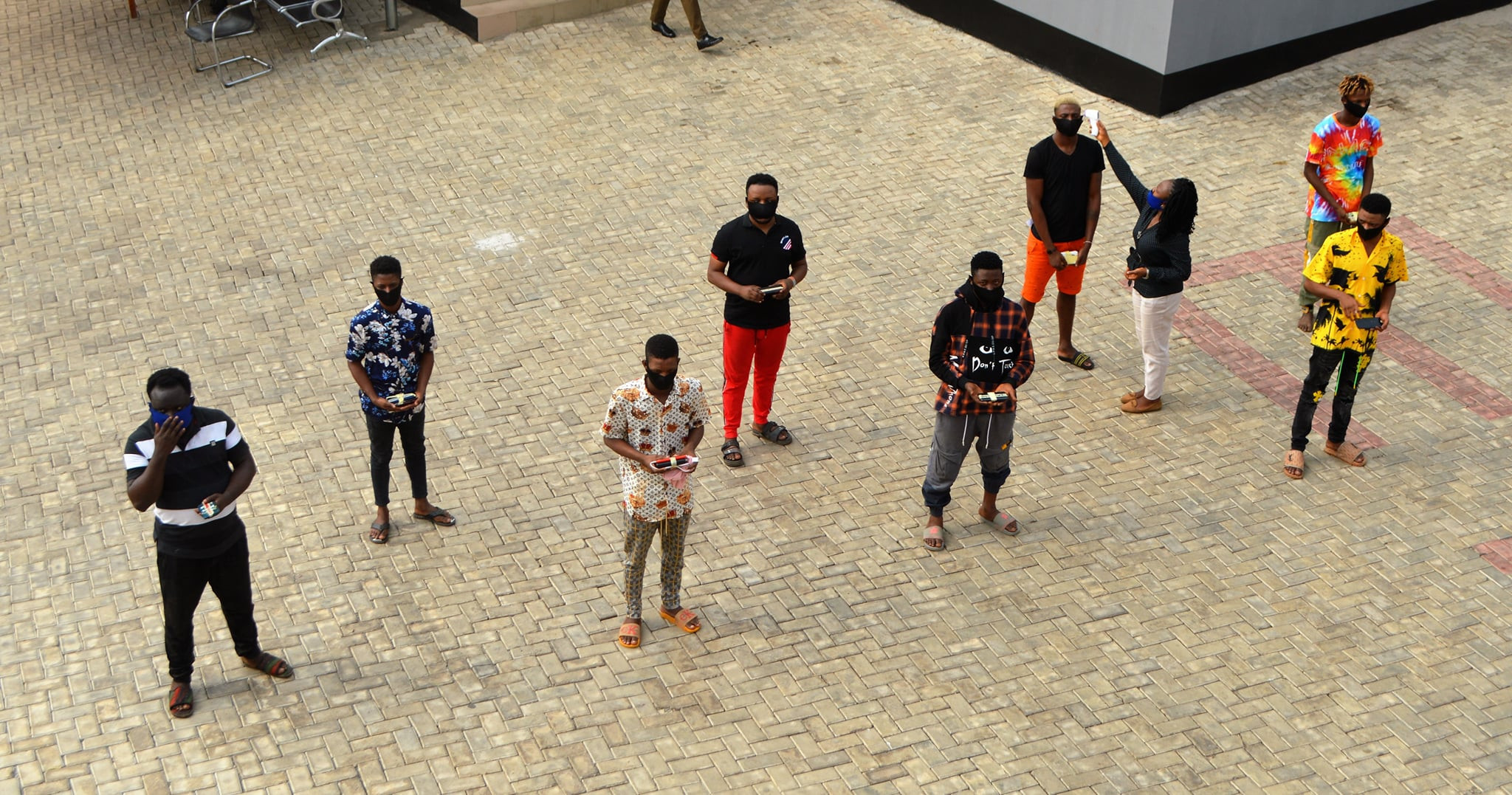 Eight men suspected to be internet fraudsters in Osogbo, Osun State have been arrested by the Economic and Financial Crimes Commission, EFCC, Ibadan zonal office, on Thursday, January 28, 2021.

The suspects, identified as Akinrinmade Adepoju Sunday and his brother Akinrinmade Adeniyi were arrested in their room and parlor apartment. Others are Dennis Oluwamuyiwa, Oni Oluwaseyi, Adeyemo Adeyinka, Aborisade Abayomi, Goodluck Olatayo, and Gbolahan Sodiq.

The agency said they were arrested at their hideout in Ayegbami area of the ancient town by operatives, working on actionable intelligence on their alleged criminal activities.

Items recovered from the suspects include two cars, laptops and mobile phones,

They will be charged to court as soon as investigations are concluded.

In a related development, the Lagos Zonal office of the Commission also announced the conviction of four internet fraudsters.

Christopher was arrested on August 21, 2020 by operatives following a raid at Plot 11/12 Ayo Babatunde Crescent, Lekki, Lagos. He was arraigned before Justice Sherifah Solebo of the Special Offences Court, Ikeja, on January 21, 2021.

He pleaded “guilty” to the charge of possession of fraudulent documents contrary to Section 318 of the Criminal Law of Lagos State 2015.

Justice Solebo convicted and sentenced him to three months in prison with an option of fine of N50, 000. The Court ordered that the items recovered from him, including one iPhone X and one Nokia Touch-Light phone be forfeited to the federal government.

Quadri, Yusuf and Kehinde, were arraigned before Justice O.O.A Fadipe of the Lagos State High Court, on January 25, 2021.

They all pleaded “guilty” to the charge of possessing documents containing false pretenses, which were used to perpetrate internet fraud.

Justice Fadipe, thereafter, convicted them accordingly, and sentenced Kehinde and Quadri to one year in prison, while Yusuf was sentenced to nine months in prison.