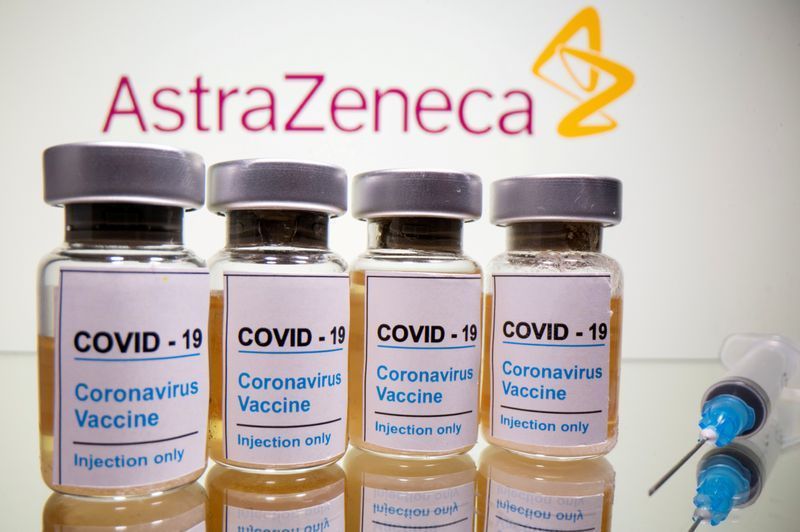 European Commission President Ursula von der Leyen has weighed in on the EU-AstraZeneca dispute, telling a German radio station on Friday that there are “no understandable reasons” for the pharmaceutical firm’s delay in supplying its vaccine to the EU.

It comes on the day the European Medicines Agency is expected to authorise use of the vaccine AstraZeneca developed with Oxford University. It would be the third cleared for use in the EU, after the BioNTech-Pfizer and Moderna vaccines.

The European Commission has been locked in a dispute with the British-Swedish pharmaceutical company since it said it would deliver far smaller than expected supplies to EU member nations.

“There are no understandable reasons. We want to be clear about that now,” von der Leyen told Deutschlandfunk radio.

“There are binding orders and the contract is crystal clear,” she said.

The Commission President dismissed AstraZeneca’s claims that under its contract with the EU it was only obliged to make “best efforts” to deliver supplies.

“(The phrase) ‘best efforts’ meant as long as it was not clear whether they (AstraZeneca) can develop a vaccine. We have now passed that time. The vaccine is here,” she said.

The European Union is looking at legal ways to guarantee the delivery of all the COVID-19 vaccine doses it bought from AstraZeneca and other drugmakers.

In a sign of the level of EU mistrust in AstraZeneca, on Thursday Belgian authorities inspected a factory in Belgium that is part of AstraZeneca’s vaccine production chain. It followed a crisis meeting the previous evening between EU officials and the company which failed to resolve the issue.

Meanwhile both AstraZeneca and the UK, which has already been using the vaccine, insist it is efficient in older adults. This follows doubt cast in Germany by the country’s vaccination commission which declined to recommend its immediate use for people over 65.

In a reply to a letter he received from four European government leaders, EU Council President Charles Michel said the EU “should explore all options and make use of all legal means and enforcement measures at our disposal,” if negotiations with drug companies don’t yield satisfaction.

AstraZeneca said last week that it planned to cut initial deliveries in the EU from the scheduled 80 million doses for the first quarter of the year to 31 million doses. The company cited reduced yields from its manufacturing plants in Europe, but the EU suspects doses produced in Europe have been directed elsewhere.

Michel said use of the EU treaties would allow the EU and member states to take “appropriate urgent measures, to ensure effective vaccine production and supply for our population”.

The European Commission also plans to new rules strengthening the control of vaccine exports to ensure the doses it bought are delivered to the bloc’s residents.

The dispute highlights the tension over vaccine supplies as Europe struggles to roll out inoculation programmes against the coronavirus.

The UK and AstraZeneca hit back on Thursday at the draft recommendation in Germany to restrict use of the vaccine only to people aged 18-64 for now. The country’s vaccination advisory committee cited what it said was insufficient data to judge its effectiveness for older people.

“The latest analyses of clinical trial data for the AstraZeneca/Oxford COVID-19 vaccine support efficacy in the over 65 years age group. We await a regulatory decision on the vaccine by the EMA in the coming days,” an AstraZeneca spokesperson said.

Germany’s health minister has stressed that a final decision will not be made until after Friday’s EMA meeting.