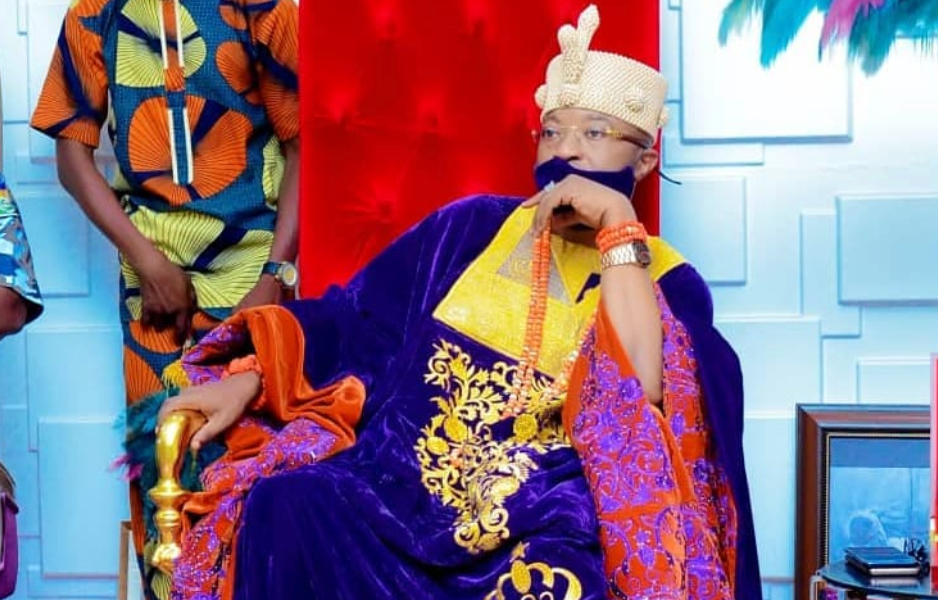 The monarch urged the federal government to ban the importation of foreign jeans into Nigeria and promote local jeans made of Ofi to aid job opportunities and advantages.

The Oluwo of Iwoland, Oba Abdulrasheed Adewale Akanbi, has urged the Federal Government to place a ban on foreign jeans and promote local fabrics to provide job opportunities and boost the country’s economy.

Speaking as a custodian of culture, Oluwo lamented the undue influence of cultural imperialism and infiltration of religion into the nation’s cultural values, especially the Yoruba people.

He noted that traditional rulers had significant roles to play in distinctively differentiating Yoruba culture from religion by encouraging production and use of local fabrics in the country, especially in Yoruba land.

Oba Akanbi explained that he had earlier discussed partnership deal with the Bank of Industry (BOI) on this regard, but to no avail.

He expressed hope in the federal government’s involvement in embracing and domesticating production of various dresses such as suits, jeans and agbada with local Ofi.

The monarch expressed displeasure at lumping the rich Yoruba culture with idolatry, noting that no enlightened person would embrace a scaring religion.

Oba Akanbi explained that the youths and teenagers could not be forced to start wearing Aso Oke except the fabric was sewn to suit their needs.

The monarch, who has had the fabrics sewn into different trendy styles for male and female, said he would partner celebrities, especially Nigerian government to sew new styles and gain acceptance of local fabrics among youths.

In a statement by his press secretary, Alli Ibraheem, the Oluwo said: ‘I want to task the federal government to outrightly ban the importation of foreign jeans into Nigeria and promote local jeans made of Ofi to aid job opportunities and advantages.

‘It is about using our own fabrics to make western clothes which our kids like. You must think like the children and the youths if you want to influence them in any way.

‘We cannot compel our youths and teenagers to start wearing agbada made of Aso Oke or Aso Ofi. But now I have branded our Aso Oke as Telu Jeans and Telu Jeans is normal jeans trousers, shorts and jacket made of Aso Oke.

‘Our traditional clothes and accessories such as Ofi and beads are a demonstration of rich culture and luxuries of wealth. They are so enticing and admirable but because people attribute wearing Ofi and use of some cultural accessories as paganism, our children begin to run away from it.

‘You only see a Yoruba child wearing Ofi and using beads at either wedding or naming ceremony. You can’t see Alfa or pastor wearing Ofi or using beads to mosque or church. Why?

‘I will lead the struggle to clean our culture and promote cultural accessories. I will provide technical requirements to assist the government in the actualisation of the dream.

‘Aso Oke will also be used to sew suits and all office, school and religious wears. This will increase the demand for this local fabric and create jobs for our people who are weavers. It will also promote our culture and we will spend less money on the importation of foreign clothes.

‘It is about using our own fabrics to make clothes from the western world which our kids like. You must think like the children and the youths if you want to influence them in any way.

READ  12-Year-Old Poor Boy Who Begs for Leftovers at Parties, Found and Returned Lost Purse With Money, Valuable Items to The Owner

‘As traditional rulers, we have the role of clearly differentiating between the rich Yoruba culture and religion. The infiltration is scaring to our children. The culture has been lumped with traditional religion. It is disheartening. Our culture is clean. It has to be promoted and clearly distinguished to make it adorable and admirable to our generations.’