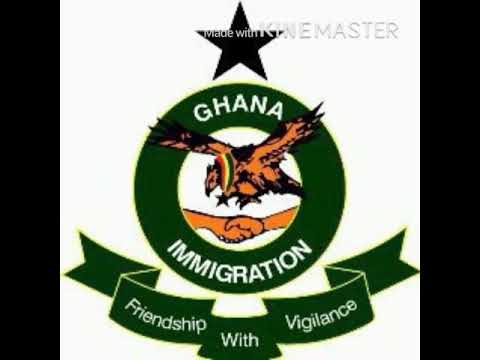 According to a report by SaharaReporters, a total of 119 Economic Community of West African States (ECOWAS) nationals have been arrested for entering Ghana through unapproved routes.

They intended to go to Ghana’s capital, Accra, and neighbouring Ivory Coast to visit friends and relatives.

A communiqué issued by Assistant Inspector Felix Klu Adjei of Public Affairs, Ghana Immigration Service (GIS), Volta Region and copied the Ghana News Agency, said the suspects were intercepted around 0615 hours on January 23, at the Sogakope Inland Check-Point in the South Tongu District.

The communique said Chief Supt Maxwell Osae Badu, the Commander at the checkpoint, indicated that those arrested were suspected of entering the country illegally through different unapproved routes of the borders with the support of cross border syndicates.

It quoted Chief Supt Badu as saying the suspects were intercepted at Sogakope after they “had clandestinely used the services of motorbike riders to outwit officers at the checkpoint and gathered in wait for their respective drivers to continue the journey.”

A preliminary investigation into the case revealed that eight minibus drivers were suspected to have aided the suspects’ illegal movements.

According to the communique, the suspects in their written statements said they embarked on the journey from respective ECOWAS countries via Togo and entered the country through unapproved routes they could barely identify with the help of commercial motorbike riders.

Assistant Inspector Adjei said all the suspects, except the Ghanaian, were sent back to Togo through the appropriate process after necessary investigation and COVID-19 safety protocols were concluded.

“The Ghana Immigration Service is hereby cautioning all drivers who are in the habit of practising such illegal activity to put an end to it or face the consequences when apprehended,” he warned.

Ghana’s land borders have remained shut since March 2020 as part of measures by the government to curb the spread of COVID-19.