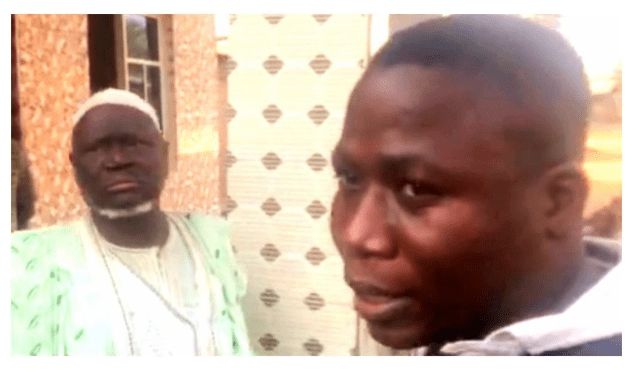 Yoruba activist, Sunday Igboho, on Sunday disclosed what he saw at the compound of Seriki Fulani, Saliu Abdulkadir, when he and his followers stormed the Fulani leader’s house.

Recall that Igboho and his followers stormed Kadri’s home and issued a seven-day ultimatum to Fulanis in the area to quit.

Igboho in a post on Twitter on Sunday said he saw expensive cars at the Seriki’s compound and questioned him about them.

“I saw different expensive vehicles, such as Range Rover Sport, Toyota Venza, Camry and more in the compound of the Seriki.”

“I asked him if it was with the proceeds from the cattle that he sold that he was able to buy the expensive vehicles, some of which costs as much as N38m.”

In a related development, the Oyo Commissioner of Police, Ngozi Onadeko, and a state government delegation on Sunday visited Igangan, Ibarapa North Local Government Area (LGA) to resolve the crisis between herders and residents.

In a statement released by the spokesman of the Oyo state police command, Olugbenga Fadeyi, the team visited the town following the attack on a Fulani settlement in the town.