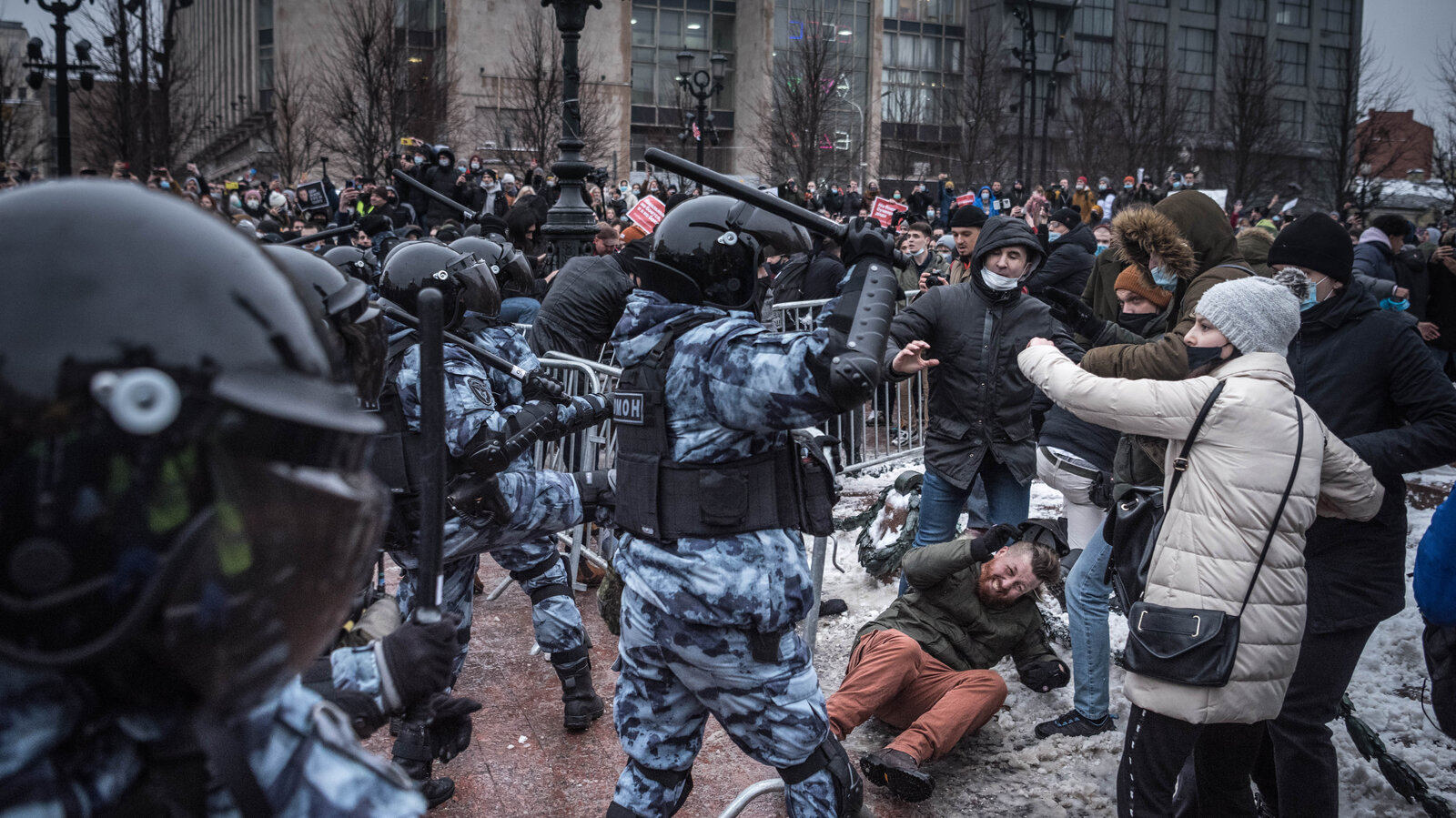 More than 3,300 protesters were arrested at demonstrations in support of jailed Kremlin critic Alexei Navalny, a monitor reported Sunday, as prosecutors probed possible violence “on the part of law enforcement”.

Police clashed with demonstrators in Moscow as tens of thousands took to the streets across the country on Saturday following Navalny’s call to protest against President Vladimir Putin’s rule.

Putin’s most charismatic critic was detained at a Moscow airport on arrival a week ago from Germany, where he had been recovering from a near-fatal poisoning with a nerve agent.

OVD Info, which monitors opposition rallies, said on Sunday that police seized at least 3,324 demonstrators across dozens of cities, with 1,320 people detained in Moscow and 490 in the second city Saint Petersburg.

It was the largest number of detentions at opposition rallies in the history of modern Russia.

Saturday’s protests took on an unprecedented geographic scale, spanning more than 100 cities across the country. A number of protesters were injured at the rallies in the capital and Saint Petersburg.

Prosecutors in St Petersburg said in a statement late Saturday that they were probing violations including “on the part of law enforcement” and the use of force against an unidentified woman.

The statement was released after local media published a video showing a middle-aged woman falling to the ground after being kicked by riot police.

In the video, a woman — identified as Margarita Yudina — is seen asking three policemen in full riot gear why they were detaining a young unarmed protester. One of the policeman than kicks her in the stomach.

A representative of Saint Petersburg’s Dzhanelidze hospital said that Yudina was hospitalised Saturday night with a head injury.

“She is in a serious condition,” the hospital representative told AFP on Sunday. “She’s in intensive care.”

French Foreign Minister Jean-Yves Le Drian said on Sunday the arrest of thousands of people in Russia during rallies to support Navalny was jeopardising the rule of law and called for sanctions on Russia to be implemented.

“The success of the demonstrations across Russia’s territory is impressive,” Le Drian said on France Inter radio on Sunday, saying he was worried about the country’s authoritarian drift.

The United States condemned what it described as “harsh tactics” used against protesters and journalists and called for Navalny’s “immediate and unconditional” release.

“We call on Russian authorities to release all those detained for exercising their universal rights,” U.S. State Department spokesman Ned Price said in a statement.

The European Union’s foreign policy chief, Josep Borrell, said in a post on Twitter that he deplored the authorities “disproportionate use of force”, while Britain’s foreign minister, Dominic Raab, condemned the “use of violence against peaceful protesters and journalists”.