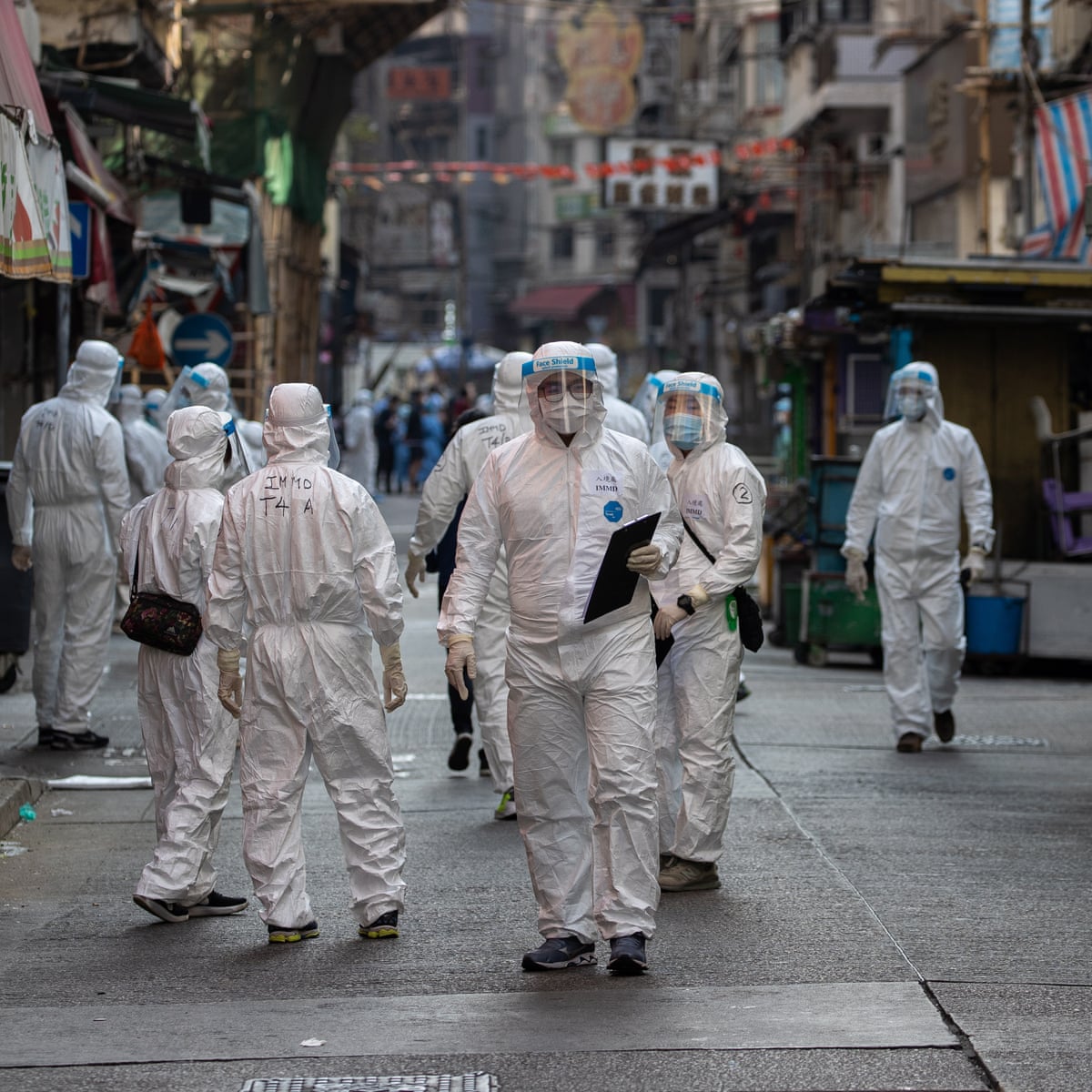 Thousands of Hong Kongers were ordered to stay in their homes on Saturday for the city’s first coronavirus lockdown as authorities battle an outbreak in one of its poorest and most densely packed districts.

The order bans about 10,000 people living inside multiple housing blocks within the neighbourhood of Jordan from leaving their apartment unless they can show a negative test.

Officials said they planned to test everyone inside the designated zone within 48 hours “in order to achieve the goal of zero cases in the district”.

“Residents will have to stay at their premises to avoid cross-infection until they get their test results,” health minister Sophia Chan told reporters on Saturday.

The South China Morning Post said the measures covered about 150 housing blocks, with hundreds of police on standby to enforce the lockdown.

Hong Kong was one of the first places to be struck by the coronavirus after it burst out of central China.

It has kept infections under 10,000 with some 170 deaths by imposing effective but economically punishing social distancing measures for much of the last year.

Over the last two months the city has been hit by a fourth wave of infections with authorities struggling to bring the daily numbers down.

Stubborn clusters have emerged in low-income neighbourhoods notorious for some of the world’s most cramped housing in the district of Yau Tsim Mong.

On paper Hong Kong is one of the richest cities in the world.

But it suffers from pervasive inequality, an acute housing shortage and eye-watering rents that successive governments have failed to solve.

The average flat in Hong Kong is about 500 square feet (46 square metres).

But many squeeze themselves into even smaller subdivided flats – cubicles that can be as tiny as 50 square feet or even less, with shared bathrooms and showers inside ageing walk-up buildings.

It is these kinds of buildings where clusters have been located in recent weeks, prompting the first lockdown order.

In recent days health officials began carrying out mandatory testing in about 70 buildings in the area but the government has now decided to test everyone.

The lockdown has created considerable confusion for residents.

The impending restrictions were leaked to the city’s local media on Friday but there was no official statement from the government until Saturday morning once the lockdown had come in overnight.

Some media reported seeing residents leave the area ahead of the midnight deadline while others said locals were frustrated by the lack of clear information.

The area is also home to many ethnic minorities, mainly South Asian Hong Kongers, a community that often faces discrimination and poverty.

Earlier in the week a senior health official sparked anger when he suggested ethnic minority residents might be spreading the virus more readily because “they like to share food, smoke, drink alcohol and chat together”.

Critics countered that poverty and a lack of affordable housing forcing people to live in cramped conditions were to blame for the virus spreading more easily in those districts – not race or culture.

The health official’s remarks also came as a video of predominantly white migrants dancing at a packed brunch on the more affluent Hong Kong Island sparked anger but no similar admonition from officials.