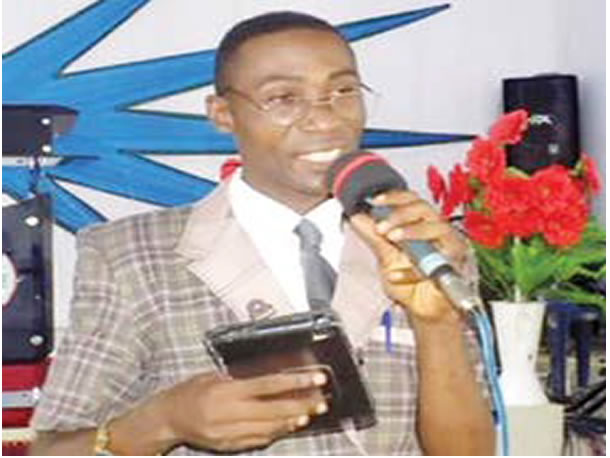 A pastor jealous of another man of God has been jailed after spreading false lies against him.

A photo of the pastor jailed for lying against another fellow pastor to bring down his church has been made public.

Recall that the Ondo State High Court sitting in Akure, the state capital, on Thursday sentenced the pastor identified as John Abiodun, to two years’ imprisonment for false allegation against a church founder.

Abiodun was arrested in 2019 for lying against the founder of Promiseland Prophetic Ministry, Akure, Pastor Gbenga Akinbiyi, that seven placentas were planted on the church’s altar.

The church is located in the Shasha area of Akure.

The convict, who was a former member of the church, swore an affidavit before the commissioner for oaths on the matter.

Abiodun and a lecturer of the Adekunle Ajasin University, Akungba Akoko, Prof. Lanre Olu-Adeyemi, were later arraigned on eight counts bordering on conspiracy, publication of false information, perjury, impersonation, threatening violence, among others.

The second defendant (Olu-Adeyemi) was the admin of a WhatsApp group on which the false accusation was published.

During a series of court proceedings on the matter, witnesses were called by both the prosecutor and the defence counsel.

He said the convict contradicted himself while giving evidence in the allegation against him, which included the use of different church WhatsApp platforms and other social media to malign, carry out false publication and wrongly accuse the founder of the church.

The court said Abiodun was guilty of perjury, an offence punishable under Section 118 of the Criminal Code, Laws of Ondo State.

The judge also held that in law, anybody found guilty of perjury was liable to life or 14 years’ imprisonment, but due to the plea by the defence counsel, Mr Olanrewaju Adesanmi, he would reduce the jail term to two years.

“The first defendant is hereby sentenced to two years’ imprisonment,” the judge ruled.