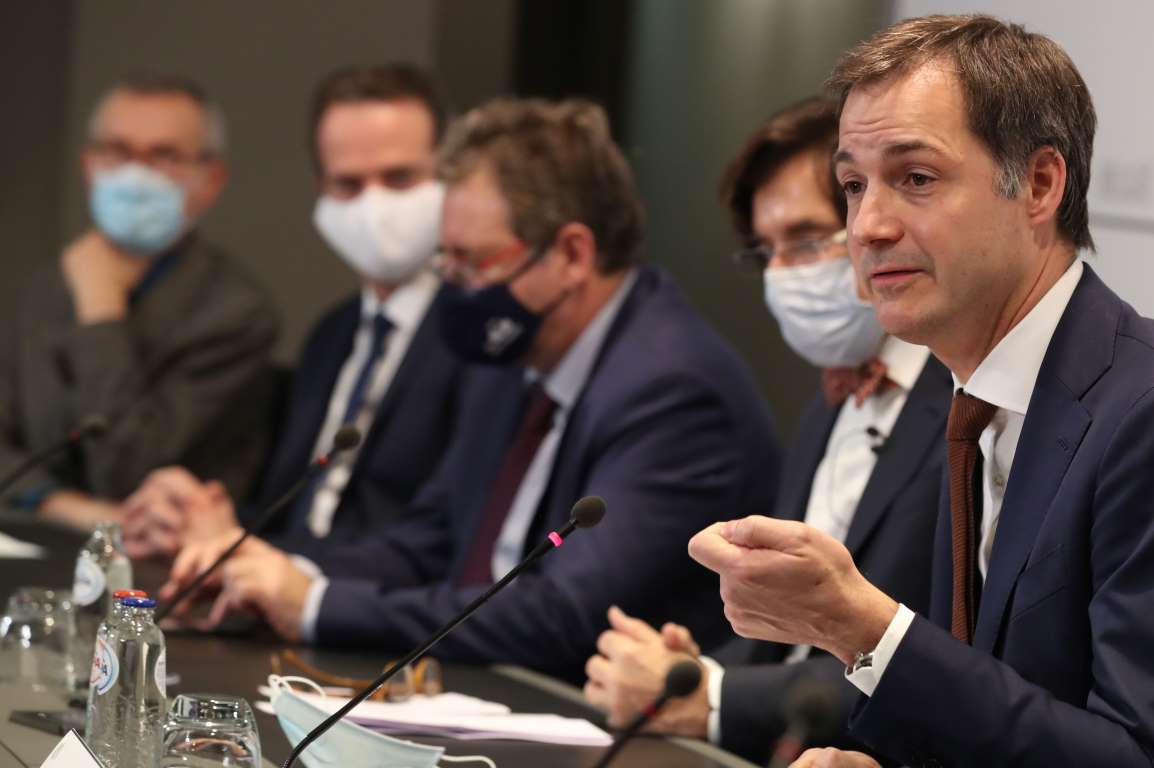 Belgium has introduced a ban on non-essential travel and a timeframe for the reopening of several sectors, Prime Minister Alexander De Croo announced during a press conference on Friday.

“The coronavirus situation in our country has stabilised,” De Croo said. “Our figures are better than in most other countries in Europe, thanks to our perseverance.”

“However, that does not mean that the danger is over. We have seen that there are some new variants, that are highly contagious. That is why we have to build dams,” he said.

“The first dam, we know very well: the basic golden rules work just as well against the variants as against the regular virus. We can avoid the third wave by continuing to apply all the measures,” De Croo added. “Those who do travel have to make a statement on honour to show that the journey is essential.”

Non-essential travel will be banned temporarily from Wednesday 27 January until 1 March, for journeys both to and from Belgium. Exceptions for professional and family reasons, for example, will be possible.

“Let this be clear: we are not building a wall around our country,” he said. “Coming and going is still possible, but there will have to be a good reason.”

As of Monday, all travellers from the UK, South Africa and South America have to respect a ten-day quarantine, with testing on day 1 and day 7.

Non-residents travelling to Belgium will have to present a double test: one at departure and one on arrival. The test once in the country can either be a PCR test or a rapid antigen test.

Hairdressers, beauticians and other non-medical contact professions will be able to open again on 13 February, if the figures evolve favourably. The final decision on whether the reopening can happen as planned will be made on Friday 5 February. The situation for holiday parks and zoos will also be evaluated at that time.

The mandatory isolation period for people who test positive for Covid-19 will be increased from seven to ten days.

“We decided to increase the isolation period to ten days, because the new variants seem to be more infectious, and people who are infected also remain contagious for a longer period of time,” said Federal Health Minister Frank Vandenbroucke.

Earlier on Friday, UK Prime Minister Boris Johnson stated that early evidence suggests that the UK variant may also be more deadly, in addition to being more infectious.

“I have one more message for young people: if things get difficult, talk about it,” De Croo said. “Everyone gets tired of this, I do too. Talking about it helps. We need you, to beat the virus and to rebuild a normal life.”

“The end is in sight. And that end is a new beginning. The beginning of one of the most beautiful periods we will see, and we can live without fear.”

“We will win from this virus. We will win back freedom,” said Vandenbroucke. “We will do that with a strategy which has three important beats: test, isolate, vaccinate.”

“We have an enormous testing capacity. We are going to use it all to test very broadly. Not only the people who are not feeling well or who pose a risk, but we are also going to systematically test where there is an outbreak,” he said, referring to schools, or certain neighbourhoods with large outbreaks. “That way we can react quickly.”

Clinical labs will be given the necessary funding to be able to use PCR tests to determine whether a sample concerns a dangerous variant of the virus.

“Vaccination remains a bumpy road,” said Vandenbroucke. “We depend on the development and production of the vaccines. However, I am interested in results and today, at least 183,000 people will have been vaccinated. We are moving forward, and that is crucial.”