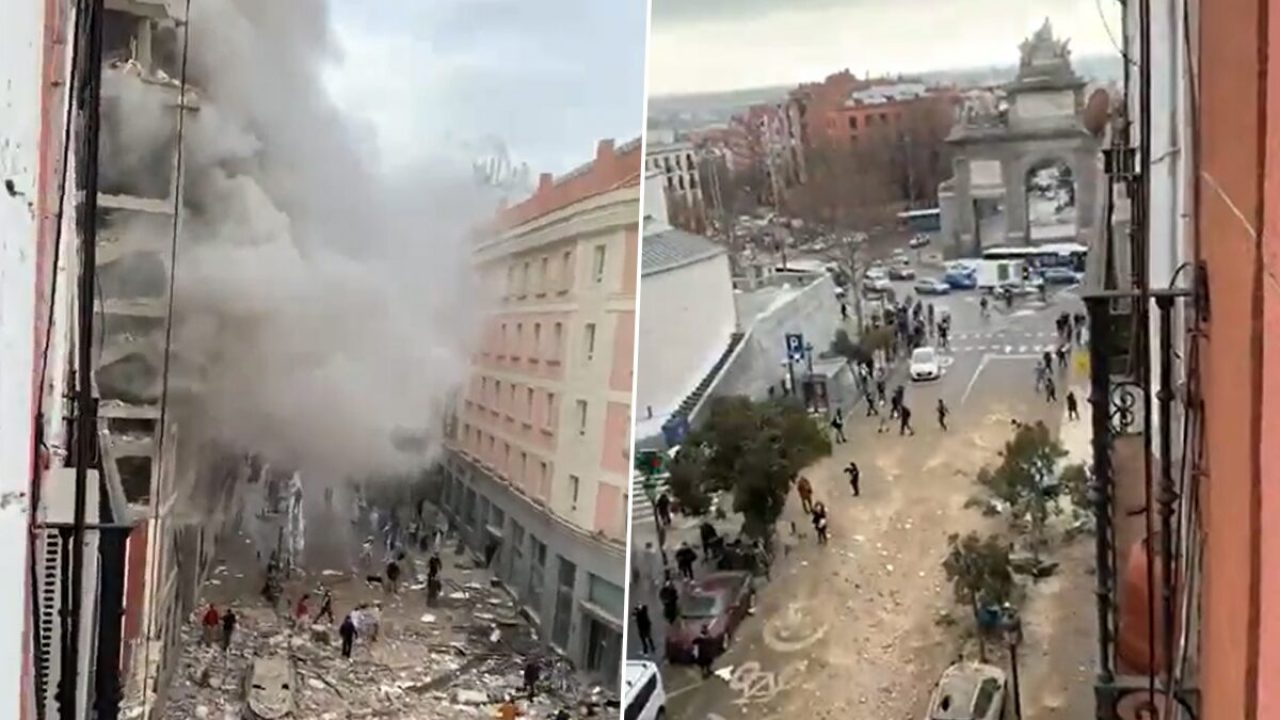 At least three people have died and 11 have been injured in a gas explosion that ripped the facade off a building in central Madrid on Wednesday, according to the city’s mayor, José Luis Martínez-Almeida.

The building is flanked by a school and a nursing home. There were no injuries reported among the residents of the latter, who were evacuated shortly after the blast.

Martínez-Almeida said the residents were being taken to a hotel across the street.

None of the students in the school nearby, which has been slightly damaged, were seriously injured, the country’s education minister Enrique Ossorio said.

“Fortunately, when the event occurred there were no students in the courtyard,” he wrote on Twitter.

The explosion took place on Toledo Street in the Puerta del Toledo area. Authorities said four floors of the building were affected by the explosion.

A tower of smoke billowed from the building, where repairs were being done to a gas boiler. Aerial footage shared by Spain’s National Police showed rubble covering the nearby schoolyard.

Specialist officers from the national police force numbering 120 were working at the scene, the authority said.

A fire that started inside the building was making it difficult for rescuers and firefighters to look for survivors, according to Martínez-Almeida.

Rescue teams said on Wednesday night that they would stop work on the building for the night and “return to work first thing in the morning”.

Of the 11 people injured in the explosion, one was seriously hurt, the Madrid emergency service said in a tweet.

The first images and footage shared on social media showed a tower of smoke coming out from the six-story building and rubble scattered in the street.

Emma, a resident who lives close to the site and was working from home at the time of the blast, told Euronews the windows and doors of her block of flats shook during the explosion, adding it was “very intense”.

She said she saw people holding each other in the street as the bang rang out, adding that she went out onto her balcony and smelt burning.

Local media have said the building serves as a residence for priests and other church workers.

Images and footage shared on social media showed a tower of smoke coming out from the six-story building and rubble scattered the street.

Emergency crews could be seen aiding several people on the ground in a video aired by the Spanish public broadcaster.

Leire Reparaz, an area resident, told The Associated Press that she heard a loud explosion some minutes before 3 pm CET when she was heading to her home near the Puerta de Toledo, a local landmark.

“We didn’t know where the sound came from. We all thought it was from the school. We went up the stairs to the top of our building and we could see the structure of the building and lots of grey smoke,” the 24-year-old Madrid resident said.