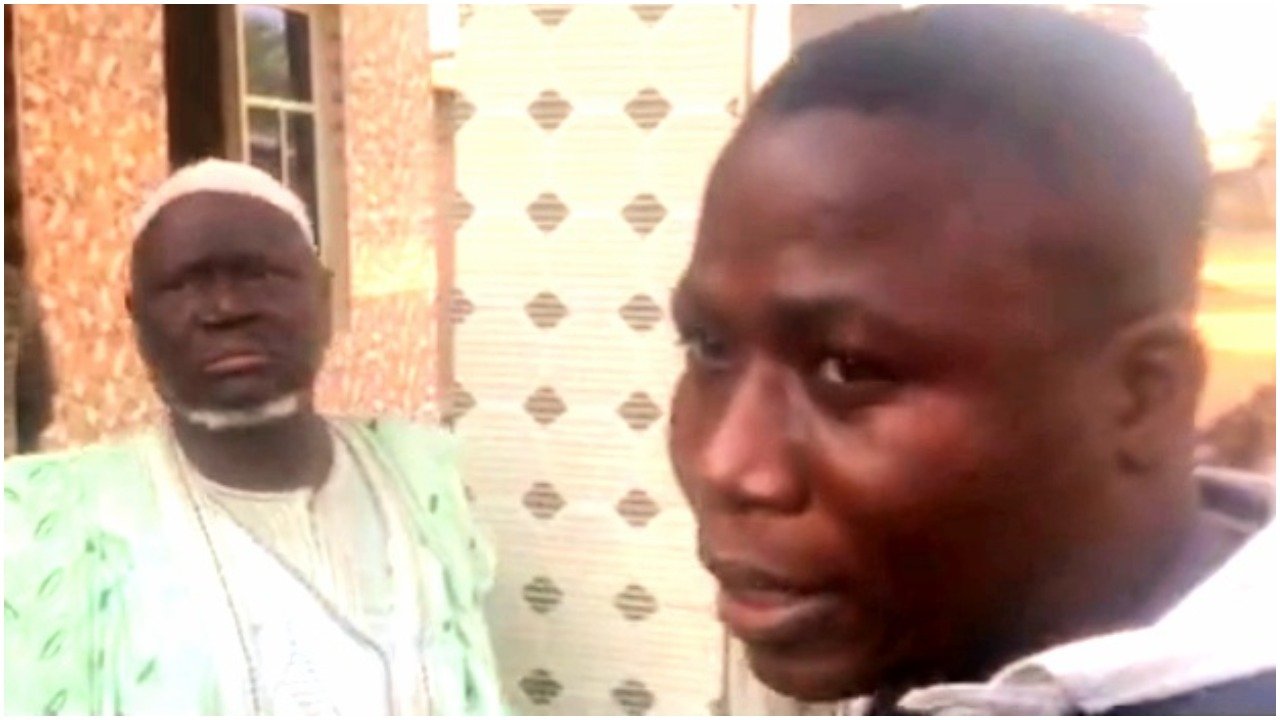 Igboho had earlier given an ultimatum to herders to vacate Ibarapa area in Oyo State within seven days and also called on President Muhammadu Buhari to take Fulani herders out of Yorubaland.

Sunday Adeyemo, an agitator for Oodua Republic, who is popularly known as Sunday Igboho, has said he is not vying for any political position but trying to protect his fatherland from invaders, SaharaReporters reports.

Igboho had earlier given an ultimatum to herders to vacate Ibarapa area in Oyo State within seven days and also called on President Muhammadu Buhari to take Fulani herders out of Yorubaland.

The Oyo State Government has, however, commenced an investigation into Igboho’s threat.

Replying to critics, Igboho said, “They said I’m not in government and that I’m interfering in what does not concern me but I have intervened in what concerns me because I am a Yoruba son.”

Igboho alleged that since the government has refused to protect its people, it is the duty of citizens to rise up to it.

He said the killing of the Yoruba people on their soil was what made him take up the challenge, in a video interview with BBC Yoruba.

“It’s not like I commanded the Fulani to leave our land or that I suddenly said something arbitrarily. For like two weeks now, these Fulani people in Ibarapa have been killing our people. Look at this Doctor Fatai, who went abroad for many years to work; he made his money, came back to his father’s village in Igangan, built farms and employed people to work with him. Fulani people ruined the farm for him, he approached the Seriki of the Fulani that this ought not to be, and they tied him and butchered him.

“There are many others like that; the Fulani people killed and kidnapped some. The least they accept as ransom is N7 million, N10 million, N11 million on our soil. This really hurts me and I said if I should keep quiet because it has not got to me or because I have those who are guarding me, how about people who do not have any form of protection?

“That was why I went there to ask the Seriki if this thing his men are doing is good. They have been living with us on our soil for years and we accommodate them. I was talking to the Seriki and one of his men pointed a gun at me. I collected the gun. Another one brought out an axe, we collected it. Another one brought out another gun and shot at me. I told them I was not there to fight but to tell them that if they would not find a lasting solution to the problem of kidnapping and killing, they should leave our land.”

Igboho said he is not fighting a war but only asking the Fulani to leave.

“This is not a religious war, what’s my business with Islam or Christianity, I am after the peace of Yoruba people,” he said.

Igboho said he was being threatened but was confident that if he should die, it would be for a just cause as he was fighting for his rights on his fatherland.

He also stated that the monarchs in Yorubaland were solidly behind him.

“For days now, they have said they want to arrest me, they are sending messages that they will come for me but I am not scared because all the kings are happy with the move. They called me that they want the Fulani to go, they are only scared to talk so they don’t get dethroned.

“When people were being kidnapped in Igangan, the king refused to talk. The herdsmen kidnapped the king’s child and demanded a ransom of N4 million. A time will come when these Fulani people will kidnap the king himself and ask all the villagers to pay a ransom.”