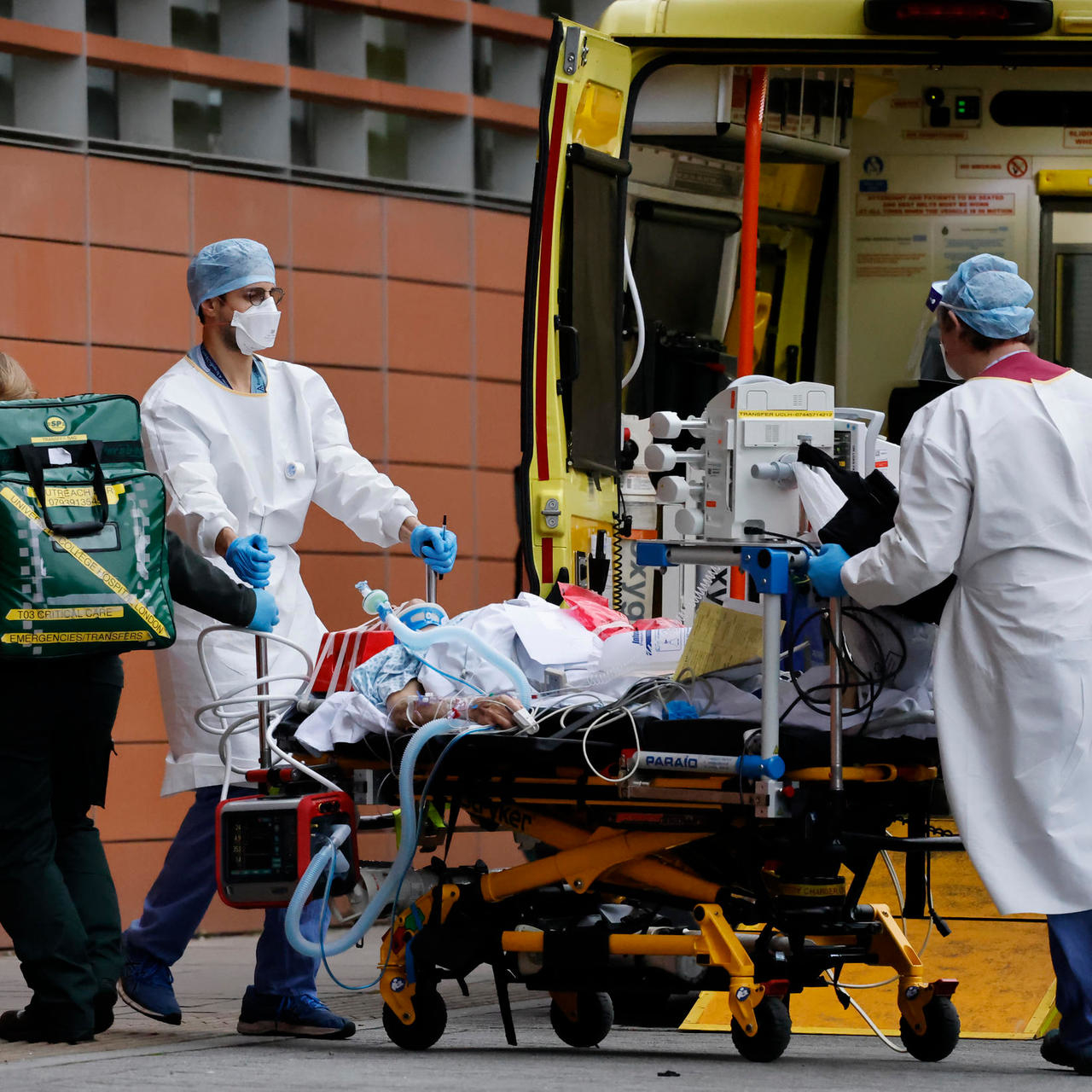 Britain on Tuesday registered another 1,610 fatalities from coronavirus, a record 24-hour high since the start of the pandemic, but the number of new cases fell.

The UK’s total Covid-19 death tally now stands at 91,470, with a further 33,355 new cases also reported over the last day, taking the total number of infections to nearly 3.5 million.

But the number of new cases over the last week was down around 22 percent, as a stringent lockdown announced earlier this month looks to be taking effect.

Britain is currently gripped by its third and deadliest wave of the virus, blamed on a new strain believed to be highly infectious.

The UK coronavirus strain has been detected in at least 60 countries, the World Health Organization said Wednesday, 10 more than a week ago.

An estimated 12 percent of people in England had been infected with coronavirus by December last year, up from nine percent in November, according to official antibody data released Tuesday.

One in 10 people in Wales, one in 13 in Northern Ireland and one in 11 in Scotland were also estimated to have caught the virus, according analysis of random blood test results published by the Office for National Statistics (ONS).

Health chiefs have been warning intensive care units risk being overwhelmed by the surge in cases.

Overall mortality for the week ending January 8 was 45 percent higher than the five-year average, according to the ONS, although it cautioned that the data could be skewed by uneven reporting over the holiday period.

READ  Alex Badeh Laid To Rest At A Military Cemetery In Abuja. Photos

London, which has been hit particularly hard by the latest wave, recorded an 85 percent increase in deaths, compared to the historic average for the same week.

Cambridge University’s Medical Research Council said last week it believed that 30 percent of the capital’s population had been infected.

Health minister Matt Hancock, who caught the virus last year, on Tuesday tweeted that he was self-isolating until Sunday after being told by the health service that he may have come into contact with an infected person.

Scotland’s First Minister Nicola Sturgeon told the Scottish parliament in Edinburgh Tuesday that the country would remain under almost a full lockdown—with schools and non-essential shops closed—until at least the middle of February.

The number of Covid patients in intensive care in Scotland has increased by more than 90 percent since the start of the year to 260, compared to a normal intensive care unit (ICU) capacity of around 170.

Britain is in the middle of a massive vaccination drive, racing to inoculate as many people as possible before the new strain spreads any further.

More than four million people have now received a jab, including more than half of over-80-year-olds.

The government hopes to vaccinate around 15 million high-priority people across the country by February 15, and the entire adult population by the autumn.