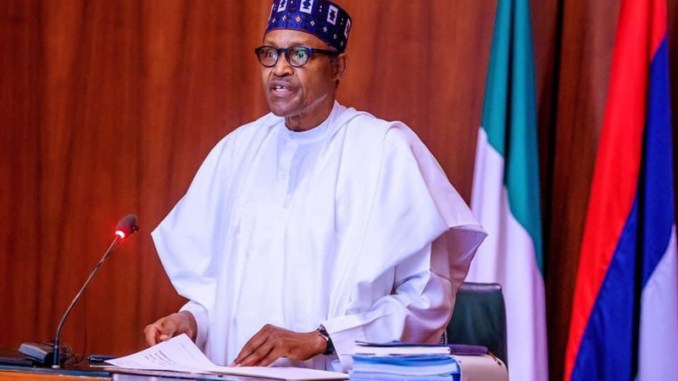 Nigeria’s President has performed a brief ceremony swearing in new members of the Code of Conduct Bureau (CCB) and the Police Service Commission (PSC).

The Code of Conduct Bureau (CCB) and the Police Service Commission (PSC) have gotten new members.

This comes about after President Muhammadu Buhari had them sworn-in during a brief ceremony.

Chief Onyemuche Nnamani was inaugurated as a member of the Police Service Commission.

Meanwhile, the virtual FEC meeting commenced immediately after the inauguration with Vice President, Yemi Osinbajo, Secretary to the Government of the Federation, SGF, Boss Mustapha and Chief of Staff to the President, Prof. Ibrahim Gambari physically present.

They were those of Information and Culture, Lai Mohammed, Attorney General and Minister of Justice, Abubakar Malami, Police Affairs, Muhammadu Dingyadi and Transportation, Rotimi Amaechi.

The Head of Cicil Service of the Federation, Dr. Folasade Yemi-Esan and other Ministers are participating in the weekly council meeting from their various offices in Abuja.

Also, before the commencement of the weekly cabinet meeting, a minute silence was observed in honour of two former Ministers, Jubril Martins Kuye and Bala Kaoje, who died recently.