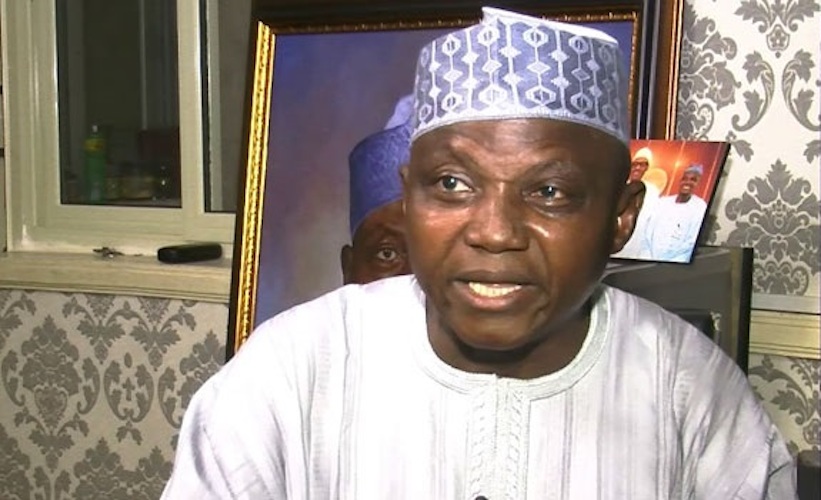 The government of Ondo state has called out Presidential aide, Garba Shehu accusing him of supporting criminals.

Presidential aide, Garba Shehu has been accused by the government of Ondo state of giving his support to criminal elements.

This comes as the Federal government and the Ondo state government lock horns over the order given to herdsmen to vacant forests in the state.

The Ondo State Government, on Wednesday, insisted that herdsmen must obey the seven-day vacation order issued by Governor Rotimi Akeredolu for them to leave the forest reserves in the state.

The State Commissioner for Information and Orientation, Donald Ojogo, stated this while featuring on Channels Television’s Sunrise Daily programme.

Ojogo was reacting to a statement issued on Tuesday by the Senior Special Assistant to the President on Media and Publicity, Garba Shehu.

The commissioner said the President Muhammadu Buhari, did not endorse the statement by the presidency, adding that Shehu must explain why he has taken up the fight of criminal elements who masquerade as herdsmen.

He said, “One thing is certain, President Muhammadu Buhari by his antecedents, by his nationalistic posture and by his patriotism that he is known for, may not have directed that statement. I am almost persuaded to think that Garba Shehu didn’t issue that statement because that would have been a very dangerous one for the unity of this country. I am waiting to confirm and if it is true, then, he may have miscommunicated properly to the people of Nigeria.”

Ojogo said if confirmed that Shehu made the statement, then, “it would mean that certain persons in the presidency, certain officials in the presidency are actually out to create problem for President Muhammadu Buhari. We must appreciate the efforts of this president in his fight against insecurity across this country. Insecurity is becoming a national issue; no part of the country is insulated from crisis”.

“If Garba Shehu indeed issued that statement, then, he owes the people of this country a great deal of explanation to let people know why he must take up the fight of criminal elements. I do not believe by his pedigree that he might want to offer himself as the spokesperson for people masquerading as herdsmen and committing crimes. I don’t want to believe he has offered himself as the spokesperson for criminal elements who are operating under herdsmen,” he added.

Shehu had defended the right of the herders to dwell anywhere in the country, saying the governor cannot “unilaterally oust thousands of herders who have lived all their lives in the state on account of the infiltration of the forests by criminals”.

But the Ondo information commissioner said the order was not for herdsmen to vacate all forests in the state but it was for them to vacate the forest reserves which are treasures of the state.

“Let us separate these two things: Government did not say all the Fulani herdsmen to leave Ondo State; that is not correct. Government has not come out to say that Fulani men should vacate all the forests of Ondo State. The attention is on the forest reserves. These forest reserves are monuments of the state and treasures of the people of the South-West right from time immemorial. They have been earmarked for beauty and bound diversities.

READ  Ekweremadu returns to Nigeria after IPOB assault in Germany

“Unfortunately, some of these criminal elements have gone to mingle with Fulani herdsmen who have occupied portions of these forest reserves as settlements. In any case, anytime victims are kidnapped, they take them into the thick and depth of the forest reserves and security agencies have had enough evidence to show that these persons are taking into the forest. The government is trying to clear the mess by way of regulating the activities of herdsmen in the state,” Ojogo said.