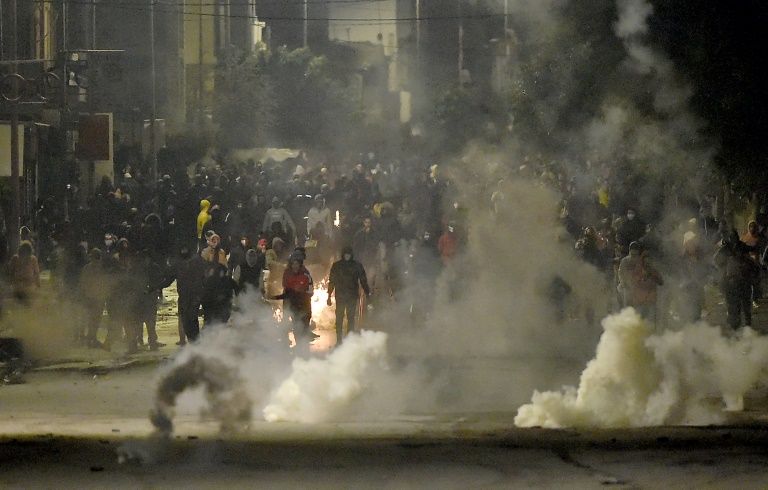 Tunisia was rocked by a fourth night of street clashes between riot police and youths in mostly working class neighbourhoods, and there were calls on social media for more rallies on Tuesday.

More than 600 people had been arrested by Monday over the disturbances in which teenagers and adolescents have hurled rocks and Molotov cocktails at police who have fired volleys of teargas at them.

The social unrest comes at a time of economic crisis, worsened by the impact of the Covid-19 pandemic on the tourism-reliant North African country, that has deepened poverty and driven up inflation and unemployment.

In the latest unrest until the early hours of Tuesday, hundreds of youths in the capital battled police in several districts including the vast Ettadhamen city on the outskirts of Tunis.