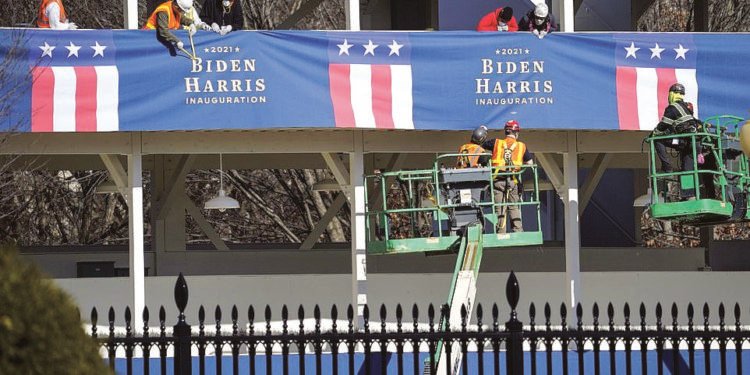 THE United States (U.S.) Pentagon plans to break with its tradition, it was learnt on Sunday.

It will refuse to engage in a military-style parade as the President Donald Trump leaves office on Wednesday.

Trump wants an extravagant goodbye – not unlike the exuberance he exuded during his presidency – despite his recent fallout of favour with middle-of-the-line Republicans, following the storming of the Capitol earlier this month.

The House of Representatives impeached him last Wednesday, claiming he “incited an insurrection”.

The president wanted his departure from Washington to involve a ‘military-style sendoff and a crowd of supporters,’ a person who has discussed the matter with Trump told the Cable Network News (CNN).

Two senior Defence officials told Defence One that no military farewell is being planned for the Commander-in-Chief.

Trump has often pushed military parades during his presidency as a show of U.S. power. He finally hosted one of these costly parades on Independence Day 2019.

There were reports yesterday that President-elect Joe Biden may use Executive Orders within his first 10 days in office to reverse some of the Trump presidency policies.

These will include those on immigration, climate change, health, among others.

Millions were diverted from other funds to host the ‘Salute to America’ parade two summers ago as tanks rolled through the streets of the nation’s capital and military aircraft participated in a flyover of the National Mall. The events included a speech from Trump and the traditional fireworks show.

The whole ordeal was a massive break in tradition from Washington’s usual annual celebration of U.S. independence.

It isn’t clear if Trump wanted his farewell parade to take place at the White House, Joint Base Andrews or his final destination of Palm Beach – but the issue is moot now that the Pentagon says it won’t participate regardless.

When Trump’s term officially ends at noon on Joe Biden’s Inauguration Day – Wednesday, January 20 – Trump expects to be at his Mar-a-Lago club in South Florida or playing at his nearby golf course.

Trump has still not conceded that he lost the election to Biden, but has repeatedly vowed there will be a ‘peaceful transition of power.’

Ever since Ronald Reagan’s presidency, the Department of Defence has hosted an Armed Forces Farewell tribute as presidents’ terms come to a close. The ceremonies include members of the military getting to meet or see the president in person and usually their commander-in-chief exhibits his appreciation for their commitment and sacrifice.

This president, however, is not participating in any of the traditional end-of-term events.

In a show of bitterness, Trump will also not engage in any hand-off rituals that incumbents typically do to welcome newly elected Presidents – such as leaving a letter of advice to the new president or hosting a one-on-one conversation.

President-elect Biden’s inauguration celebration is being closed to the public because of the chaos at the Capitol on January 6, which left five dead, after Trump riled up his supporters at a rally near the White House.