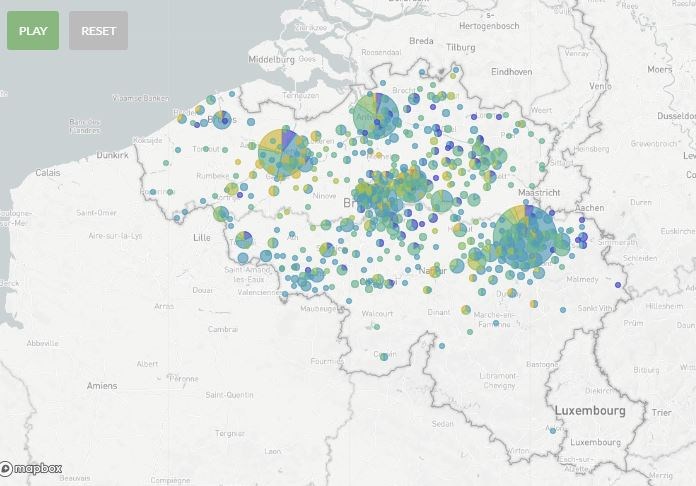 The New Strain tool, which is updated regularly, allows people to track the spread of certain strains of the coronavirus where they live or in any other municipality or city, in Belgium or any other part of the world.

New variants of the coronavirus emerge constantly, including in Belgium, but that is normal, according to virologist and interfederal Covid-19 spokesperson Steven Van Gucht.

“Some mutations of the virus disappear very quickly, others remain and can become dominant,” he said during a press conference at the end of December. “Whether the virus remains or not mainly has to do with the chances the virus gets to spread.”

One of the recent strains, that was detected in the United Kingdom, saw the country returning to strict lockdown measures, and caused several countries – including Belgium – to temporarily close its borders to UK travellers.

In Belgium, at least six people are currently infected with the new UK variant of the virus, which is more infectious, with virologist Marc Van Ranst saying that “we are going to see that UK variant more and more.”

Additionally, another variant of the virus that was found in South Africa is also circulating, with “fewer than ten cases” in Belgium, he told Het Laatste Nieuws.

“We should be concerned about any variant that is either more infectious, or will not be covered by the vaccine,” said Van Ranst. “There is evidence that the British variant is covered. For the South African variant, that is still uncertain.”